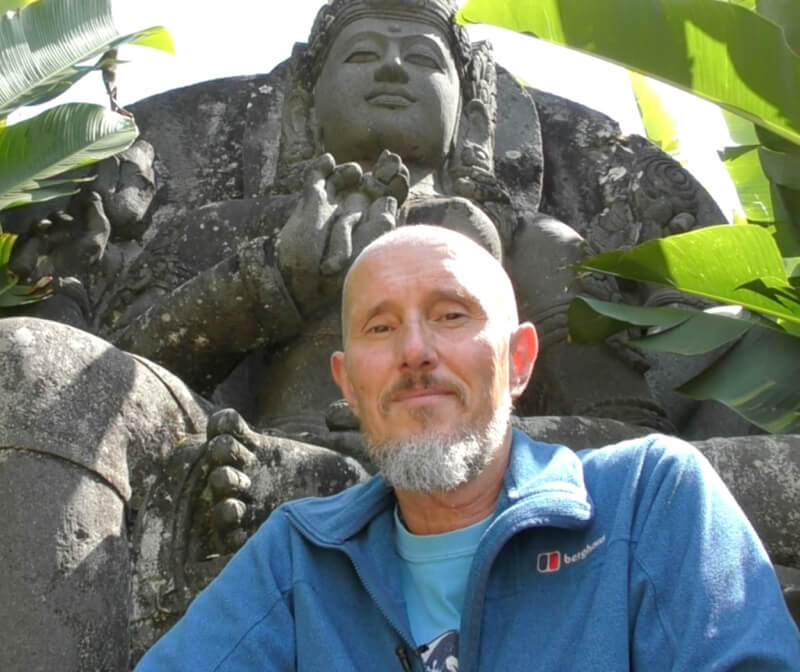 Hey Openhanders, it helps to share! Check out our forum on Sharing your journey, with plenty of people sharing reflections and challenges from the path. These are extraordinary times for sure, and there's oodles to be gained. Often just a few intuitive words are all that's required to illuminate the path and make that next big breakthrough.

You can check out other people's sharings here... Sharing Your Journey

I am having to take it a single day at a time because so many massive streams seem alive in me all at once . I am starting each day with leading a meditation on Zoom myself. I have only 1 or 2 people in attendance but in the past fortnight my practice has become rock solid. And that is timely because I am having to brinh every ounce of Presence I have to all my emotions. I am raging against the stupid capitulation of the medical establishment that has gone bonkers ( just a cough and cold for CRYING OUT LOUD). Every day I am the only mask less doctor attending to patients in the hospital. I am sure that triggers many, I have had many a well meaning colleague tell me about the risk to Frontline staff. To which I either smile and nod ( or go full on ballistic :)). In my community yesterday people actually threatened to call the police because people were walking about. Don't know whether to laugh or cry. And deep grief is coming up as despite the media whitewash, reports are coming in of poor people rioting for food. (I am averaging one meltdown a day).

Marye did a beautiful session with me last night during which I was drawn to several macabre deaths and consequent areas of Fear within me. The morning meditations and regular conversations with Marye are my anchor in these nutty times.

I am only just beginning to feel ready for feeling through the emotions of India as a whole as you suggested. Will do it today when I have privacy enough to howl my eyes out.

There are bright sides of course. Picking mulberries from the tree outside my hospital is a simple joy, do is seeing the sky, a privilege and pleasure. Connecting with a gorgeous pup called Leo ( synchronous)  whose exuberant love just melts my heart. In a meditation recently I think I connected with Lion people as well ( from Sirius?. That said something about coming here eventually) Interestingly, I have been 'allowed' to volunteer in my gardening collective in my condo. I am currently deweeding a weed called Amar bel ( translated as Deathless creeper). It's very interesting as it literally Sucks the life force from plants as it winds around them. Very difficult to get rid of unless one removes the suckers on the plant, slowly and methodically. Thought the entire stem. Reminds of OC that does.

Deep bows to all the beautiful people here.

Hi open would  like  to  say  thank you  to yourself and the open hand energies for  the work  and support  of the website and books which  I  find  invaluable at the moment. Using  the lock down  to do the inner  work, finding  gold,opening  gateways, realineing  entities,dissolving identity's and  reacquainted  myself with vibrations  from  other  constellations. I had two  questions,one was answered by  a reply  to  Hanna's post "pick up  a  thread if you  hit a knot find  another one "the other  is in meditation  my body  seems  to be  breaking  down  and merging  with  the  space  around me the first time  it happened  fear crept in and I lost it,since  then I've  been  working  with it.what  is this  experience? Sorry  this  has  gone  on for so long ,making  up for  the  last  three years 😀 much  love  Matthew

Hey Open, In the recent drama thats going on what's  come up for me is the 'control' issue. It relates to childhood sexual abuse where if Idid t comply I would pay big time or lose out in some form or other.

I did a sesh with Jen to help peel back this layer which was wonderful.

There are still others beneath and I have been doing the oh bow daily as you suggested, and whenever tightness comes up.

I dont want to acquiesce to the control measures but I cant afford the fine. I did watch D. Ickes latest vid.  I'm  not sure whether to just continue on my isolated journey of the soul and stay in the flow or take some sort of stand in some way according to what opens up? Any thoughts are welcome. Thankyou.

How does your soul feel to respond?

In reply to what's coming up by Zee

Thanks for sharing. I would imagine plenty out there tuning in here would feel what you're feeling - to stand up against the control and risk some penalty?

It's always essential to follow the calling of your soul, whatever that is, and wherever it might lead. Because always the soul will prosper in the engagement.

Plenty tuning in here will be energy workers and can have a far greater effect working to unravel the field and catalyse where necessary. And others will feel to take some form of physical stance. I find myself doing this practically every day when I go out - as people distance around me, I ask, "what are you afraid of?" I share my thoughtts on how this has all been blown up and on how I believe its mainly a prop[aganda of fear. I point out that this subconscious fear about the virus that they're inadvertantly informing the field around them of, actually attracts the virus and makes them more vulnerable.

I would say just sharing from person to person and working through the field will help enormously.

If you tolerate this...

It's a peculiar situation out there for sure - thanks Kev & Sam for sharing . It feels very surreal right now here at Openhand. I'm running the Easter Retreat online and it's unbvelievably powerful - I never anticipated that we'd be able to get such depth of journeying 'across the web'. But actually of course, it's not that at all, but 'through the ether'.

And as always with these gatherings, they come at poignant points in the shift. This of course is no exception. What's going on out there in society, activates and amimates deep causality stretching back through the ages of the human journey here - back to Atlantis and beyond to the stars. For me I see and feel the pieces of the extrernal and internal puzzle all clicking together as people share. It is surreal!

As we do so, I know that we uncover resnonances of expression, that then ripple through the field, which others might pick up. Right now we're in this curious place in society which I can only just believe. I see people blindly accepting the disempowerment, still swallowing the pill of the mainstream narrative, even though it's being punctured by plenty of alternative views - people doing a sterling job everywhere, despite the social media take downs. I find the mainstream press utterly incredible. Wall to wall stories that so want people to buy into the illusion. They've even got 'stars' sharing the message to keep people at home and separated. My God, even Jason Bourne (Matt Damon), the rebel and the renegade against the system is telling everyone to be 'good little citizens'!

Meanwhile, a real renegade, like David Icke for example, is being labeled here a 'lunatic' and consistently rubbished in the mainstream. Why? Because millions of people are wanting to hear his alternative views. They're trying to desperately debunk the alternative science possibility - the connection of the virus with EMF and toxic living. He's doing a sterling job. It's said, "the times maketh the man" and here you have someone whose spent 30 years of his life challenging the mainstream narrative coming into his own. It's enough to cause Jason Bourne to hang his head and weep!

This IS about the sovereignty of the soul. It IS about NOT swallowing the dehumanising pill that goes right back to Atlantis and how humanity was hybridised and downgraded - disconnected from the wider unity with the natural flow of the divine; forced to swallow in a synthetic agenda acquiescently. My God, how that is playing itself out as karmic reflections right now. I work to feel an uprising within the human soul against it all, but as yet, it's only quite mild. I do believe it will come, and it needs to, if collectively we are to thwart what's down the pipeline in terms of mandatory vaccination, digital ID on the skin, economic reset etc, etc, etc.

There's a piece of music that came to me yesterday, the video of which is pretty stark. And yet nevertheless highly relevant, "If you tolerate this, then your children will be next." I warn you, it's likely to push some buttons!...

Change on the Rise?

In reply to If you tolerate this... by Open

Here's what's stirring in me (and by the way, the 'enemy' he speaks of is only our own inner unconsciousness)...

Frustration and anger have been coming up in a big way for me, since the announcement of the lockdown. It feels like an authoritarian control experiment in which i am supposed to sit down and shut up.

Most people i talk to are more scared of the gendarmes (police), than they are of the virus. We have to have a piece of paper with us when we go out with all our details and what we are doing, if you are stopped by the gendarmes and you don't have this, then its a large fine. I have been stopped twice, and it bring up anger, frustration & fear, which you just have to then turn into and let go.

Yet in the mist of all this emotional disturbance there is also feeling of lightness, as if something is drawing to a conclusion at last, i can't quite put my finger on the what's or why's of it but it is very welcome and it's giving me a sense of excitement.

With that in mind i'm off for meditation;

What's happening in your journey at these extraordinary times?

Hi Everyone - if you'd like an intuitive booster on your journey - feel free to place a comment in this thread and I'll gladly offer a supportive reflection.