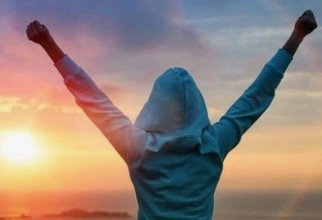 When our souls really begin to shine through in all their glory there can be no stopping us! At least that's the way it seems to me right now. And sometimes this manifests first as seemingly insurmountable circumstances. Take for instance one coaching client of mine - a truly powerful soul. It's like her being - in a bid to become free of all that limits - has lined up all sorts of experiences in her life to mirror back to her the original trauma - ie, the moment when her being, which as I see it once knew only unity, first experienced disunity - providing the opportunity to heal the misconception at a deep level and move into harmonious being.

This is the opportunity of these times: to take off the shackles and realise the fullness of who we truly are.

Essential Importance of "Looking in the Mirror"

And the trick for this client of mine, as I see it, is not to be deceived by the outer challenges - to see them as the mirrors they are (and actually as a gift and an opportunity to help her uncover deeper, richer aspects of who she is at core).

And yes, I can see how it might appear far-fetched, but it seems to me like all the things that have happened to her in the lifetimes (and I express it that way not because I have a specific belief system around reincarnation, but because it is unfolding that way for her) since that original trauma - what we might call her accumulated 'karma' - seem to 'echo' that trauma, in both theme and content. You couldn't have worked it out more perfectly if you tried!

And so not only is she getting the opportunity to heal the rather challenging situation that she is experiencing in her life right now - by choosing to look at it differently, choose different behaviours and create new 'patterns' and, ultimately, experiencing greater expansion as a result - but she's getting the opportunity to heal that original trauma, and everything that followed, as a result.

And this dear soul might think she hasn't got the tools or the strength to deal with this situation, but I can see quite clearly that she has.

The situation, which might, from the outside look like a tough call has been created by her authentic self to expose the biggest myth of all her lifetimes - separation - and to give her the opportunity to heal that misconception and come into the full harmony and completeness of her being.

And isn't that, if we're really honest with ourselves, what we're all yearning to do? It's Custer's Last Stand!

What do you think?

PS: I'm offering a free 1-to-1 breakthrough session to a limited number of souls in March (available on Skype or Zoom so please apply no matter where you are in the world). Fill in the form here and I’ll connect with you over the next couple of days. Only available to those who have not yet experienced a free session with me. I look forward to hearing from you! 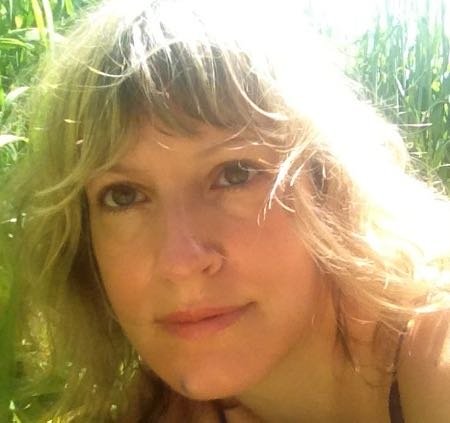 Tonya is an accedited Openhand Faxcilitator. She's a gifted starsoul who has a softness and lighthearted humorous energy, yet fearless in going deep into what needs to be done. She attunes most naturally to the higher etheric vibrations, and is well versed in higher dimensional starsoul connections. Do check out her website and Little White Feather blog, which is always full of informative and heartwarming inspiration. Working with Tonya is uplifting and rejuvenational. When you've processed what you needed to, she'll have you laughing your socks off!
You can read her Openhand Biog Here.

The opportunity and the 'gift' in adversity

Thanks again for the warm welcome - and for the video which really adds a dimension to what I was saying in my piece.

It's been asked so many times before, but I love this (in the video): 'Let me ask you this. How does one person turn adversity into the very reason they succeed and another turn that same adversity into a ball and chain? Why do some run toward chaos and others retreat? How can one person transform a loss now into a win later? And another person view that same defeat as the end?'

If we are able to stand there 'in the flames' in that adversity and give ourselves permission to fully feel (not shrinking away from the heat, but knowing that what those flames are burning away we'll be better off without anyway) then, in the calm that comes when we meet any situation in alignment and surrender, we can find the opportunity in that moment. There may be an action we need to perform; there may be some words we need to say, an aspect of ourselves we need to reclaim, or it may be simply to feel deeper and allow our being to expand.

While writing this just now, a life-changing experience that happened when I was at uni in my twenties popped up, which I'd like to share with you. I was on a rope, half way up a rock-face in Wales, sheer drop beneath me, and above me a large overhang, that I couldn't see around. I'd never been rock climbing before - I'd just jumped at the opportunity when my landlord had suggested I come out with him (he was at the other end of the rope!)

Anyway, it was at this point that the emotion hit. I quickly assessed my situation, couldn't see a way out, my head panicked and my body quickly followed suit (pins and needles in my hands and legs and shortness of breath). My landlord, was was called Doss, yelled down at me, 'Come on, Tonya. You can do this!' But I knew that I wouldn't do this by doing it at Doss' timing. I told him that I'd come up in my own good time. And I just allowed myself to hang on that rope, fully feel the fear (and anger with Doss, for bringing me up there, if truth be told) and in that moment came the surrender. I surrendered fully and completely, into a state where I no longer minded what happened - whether I fell to the ground many feet below, or found the strength to make it up the rockface.

I lost all track of time in that moment - I don't know how long I hung there on that rope, but I remember there being a moment - and it wouldn't have happened without the deep surrender, I don't think - when I got an inner nudge, a gentle inner prompting, 'It's time now - just climb!'

And without much effort at all, I almost glided over the overhang - my muscles had by now recovered from their jelly-like state of earlier and was soon at the top, on my back, laughing and sobbing up to the blue skies above.

My moment of crisis had turned into a powerful opportunity to see the fear for what it was - opposing consciousness, you might say. And once I'd looked that in the face, I could surrender into the situation and be shown the way through. Magic!

The question above (posed in the video) also reminds me of a dear friend of mine, Dan Eley, who I've written a book, Buddha in a Wheelchair, about (you can find it here). He was paralysed in a diving accident while volunteering out in Colombia and instead of giving in, he founded a worldwide charity getting education to underprivileged kids. And went through a radical awakening in the process.

Well, enough from me, already! If anyone would like that free breakthrough session, here's the link (as you may have noticed it didn't come out in the original draft of my story, above). With all love and blessings and looking forward to connecting with you at some point in the future.

Seizing the Opportunity in Any Given Crisis

Tonya I love this viewpoint - short, sweet and right on the nail. It's so essential to own what we create, to then see the opportunity in the crisis - because it is always there.

It reminded me of this video I saw the other day about always finding the opportunity in any given situation. Now it's not all aligned with Openhand philosophy, I certainly don't concur with the idea of "faking it until you make it" nor 'envisioning the goal on the hill'. But to me, there's an awesome sense of always seizing the opportunity in any given challenge/crisis. Enjoy...