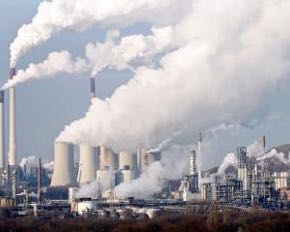 James Lovelock has been in the news again - the guy who wrote "The Revenge of Gaia". In the Guardian recently, he's quoted as saying "catastrophe is inevitable, carbon offsetting is a joke, and ethical living a scam." He's never been one to mince his words! Just how much is the current climate change effort a scam, simply designed to make people feel good and keep on buying? How much of the information is simply designed to placate, to maintain public order, to keep the gravy train rolling? Surely people would be better off with an authentic confrontation of the truth? It empowers us to do something real about it...

Make the most of life while you can

James Lovelock, the maverick climate science loner, is sought by many for his opinions after his Gaia theory took off in 1970s, where he was the first scientist to suggest Gaia is a self regulating and maintaining eco-system. Recently he's been quoted as saying in the UK's Guardian: 'Enjoy life while you can: in 20 years global warming will hit the fan' Personally I don't think it's going to take 20 years. I think when you take an honest look at the constant freak weather patterns happening, it's clear the climate change sh** is hitting the fan right now! Anything odd with the weather lately? This from the Guardian:

Empowering ourselves with Truth

I'm inclined to agree. During the Christmas period with many focused on feel-good festivities, the North Pole was hit by a freak storm, which elevated its temperatures up to melting point, some 50 degrees higher than the seasonal average... This from the Washington Post.

It feels to me like we most definitely have kicked off various irreversible, climate change tipping points. But unlike Lovelock, I do believe humanity can still make a difference - I believe the window of opportunity for Spiritual Evolution into the Higher Paradigm can be widened. If we take care of what we have left, and gather in self-sustaining, environmentally respectful communities, then it will give more people the chance to discover who they really are, and expand into their higher selves.

Breaking the 'Business as Usual' cycle

Therein lies the problem - the masses don't want to change their lifestyles, and the 'elites' keep plundering resources and peddling their wares as if there's no tomorrow - perhaps it's because they already know, and have their designs on some nearby planet like Mars? But I do believe change will happen. It can't be too long before some natural catastrophe breaks down the global consumer machine. For me, that will be a good thing - I've seen communities gathering together along more local, self sustaining lines, where people are caused to me more compassionate and caring. Bring it on!

I feel lots of energetic surges when I ponder this. I'll just allow them to swirl about as I felt the 75mph winds that ripped through last week. It feels like Gaia has divine forgiveness as her relationship with humanity evolves... She's been to the puppet show and seen the strings...no expectations. I feel like forgiveness is going to be an intensity as humanity continues to recognize their reflection in the mirror of Gaia. How could this experience be any other way for people to align.
Much love.. Very gracious for these spotlight moments..
Erica

Great Article but The Video

Absolutely thoroughly enjoy so much hearing you talk and give your Wise enlightened Perspective.

I couldn't agree more Ben - on all counts. *OK*

thanks for the interesting article. What synchronisity that the North Pole was melting around xmas time! sad but synchronistic.
i think it mirrors the issue - people living in an illusion that its okay to rape and plunder the Earth for materials to build luxury products and other items and crops to keep the wheel turning.

I think Lovelock has made a great contribution to concsious attention to climate change. I resonate with a lot of the ideas of his I've read about, although I was pretty shocked that he advocates 'nuclear' as a clean fuel. seems pretty contradictory!

I've heard a few people over recent months talk about how climate change is the result of natural earth chanegs and cycles, (and not human actions). I assume this argument then goes on to suggest it doesn't matter if people keep their lifestyles the same. It feels so shortsighted - I mean even if the environmental changes were completely naturally and independently occuring earth changes (which I don't agree with) it doesn't excuse the fact that western society is not sustainable, and what's more treats the Earth as a resource rather than a sentient Being.
I feel enthusiastic that at least there seem to be more people waking up to a degree to their impact on the Earth and other beings (for example more becoming vegetarian and vegan).