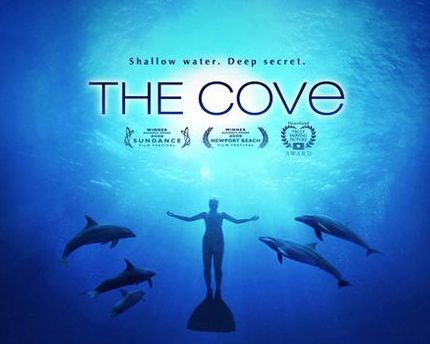 As we travel deeper into greater awareness and sentience, how do we make sense of the injustice and inhumanity we still see happening all around us? Like for example the brutal treatment of Dolphins and Whales in Taiji Cove? You'd be forgiven for wanting to turn a blind eye, for wanting to intentionally manifest a more desirable reality. But whilst we are each individual and unique, we are temporarily at least bound by collective karma. It's a part of our mission to process and release that. So we have to confront what's happening in humanity's name. In so doing, we bring light into it. To illumine our past is the only way to change the future...

Right now sentient beings - Whales and Dolphins - are being brutally slaughtered in the most inhumane of ways in Taiji Cove Japan. These are creatures of consciousness, that to my mind, are probably more evolved than humanity. They've been around much, much longer, connecting as individual and family souls. And as souls, I know those now taking the form of Dolphins, in particular have traveled here from elsewhere in the cosmos. They're here to hold a particular vibration that we can all benefit from. 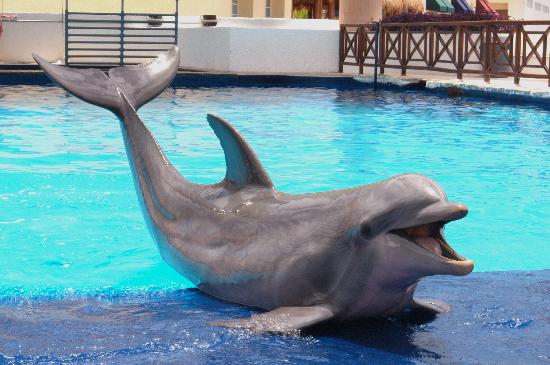 But they're not here for the tom foolery of the aquarium tricksters. These are trusting and transparent beings. They can easily be led astray by someone being manipulative. Who amongst us has marveled at the captive 'cabaret' of aquarium whales and dolphins? In a pre-awakened state, I admit I was one. The fact is that the dolphins only 'perform' as they do for food. Yes, they will beg for their supper when they're starving, but there's no interest in such 'play' with their bellies full. We might reflect on that next time we see their 'show time' act.

All in this together

So how is it that a human being can brutally slaughter such sentience? And how can it help awakened people to bring their attention to it? Is that not being masochistic? To me, definitely not.

We are each individual yes. But we are also a part of the collective eco-system of our planet. We influence each other collectively, at least until a part of the group ascends into a higher reality. Right now, whales, dolphins, humans and others, we are all in this together.

To me it's vital to bring our attention to such atrocities going on within our karmic field. Why? There are three very good reasons:

In my reality, humanity has acquired individual soul consciousness a relatively short time ago. As a collective, it is clear that many are as yet unable to handle the responsibility of what comes with free choice. Perhaps this is a phenomenon that is universal. Perhaps that's a cause of karma. At some level, all sentient life is evolving past lower realisations and realities. So who are we as awakened souls to judge? 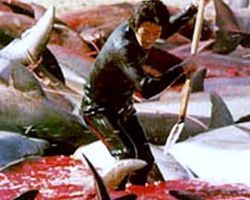 Perhaps then, such a macro-cosmic universal phenomenon can at least be accepted, if not fully understood, when applied to the ignorance of the fisherman in Taiji? Perhaps when we witness such tragic brutality, we just might be able to see the bigger picture of a universal karmic lower realisation playing itself out in the microcosym of the Cove? It just might help ease the pain.

Turning a blind eye though definitely will not help. Neither will pretending to manifest an illusionary - 'better' - reality. This too is a lower level of realisation, a lower ignorance. We must soften and feel it with every cell of being. We must surrender with every tightening sinew so that higher consciousness will flow through, rippling through our fibres and out into the wider world. We must increase our attention not decrease it. The more expanded we become, the more presence we can apply, the greater the evolutionary and manifestation effect. But this is natural, not limited by the confines of a shadow ego. Our expansion through it becomes cosmic, upon which, we become powerful amplifiers of consciousness.

That's why I'm supportive and impressed by the Sea Shepherd Cove Guardians and other organisations such as the Earth Island Institute. They watch and film what's going on in the blood red seas of death that is the tragic Taiji Cove. But they don't fight. They don't retaliate. They illuminate, not blind. Their 'rifles' are cameras, their 'bullets' are focused thoughts. Their hearts bleed. And how can we honour their pain? How can we integrate and soften it? How can we help humanity evolve past it? The only true way is with the illumined spotlight of pure presence. That's why I invite you to visit their fb page, websites and especially read the article "A Grim Return" by Nicole McLachlan, which paints the picture about what's going on:

Realise or remember, you have enormous power with an open, sensitive and non-judgmental consciousness. I invite you to wield your power here. Then let us witness the wider affects of such illumination.