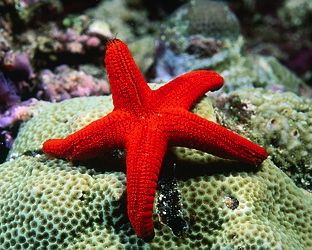 Recently I came across this (I could use the word 'alarming') report about the level of dead sea life that now litters the floor of the Pacific Ocean. It would appear it's a direct effect of the Fukushima Nuclear Disaster, even though mainstream science is currently denying it. Right now, if you check out the alternative media, you'll find a catalogue of disturbing reports about all manner of animal deaths and even birth malformations coming out of the Pacific region. Yet practically not a word is spoken on main stream TV. Make no mistake, this is global event which in the coming years will have a global affect. We need to be aware and informed. It's going to change many people's perspectives on what's really important...

Here's the article by Elizabeth Renter of Global Research Report...

Sea life in the Pacific Ocean is dying off at an alarming rate, and the peak of all this death and destruction coincides with a certain nuclear disaster that ironically occurred on the Pacific coast of Japan. Still, scientists analyzing what’s referred to as “sea snot” point their finger at global warming, refusing to even mention the radiation from Fukushima. Normally, this snot covers about 1% of the floor. Now, it seems to be covering about 98% of it. Dead Sea Life Covers 98 of Ocean Floor After Fukushima According to the study published in the Proceedings of the National Academy of Sciences, life at the sea floor 145 miles out from the California coast has been analyzed for a total of 24 years now. There, the researchers measure the amount of ‘sea snot’ on the ocean floor. Sea snot is the highly technical term they use to describe dead sea life including fish, plankton, feces, and other organic oceanic matter. As mentioned, this snot covers about 1% of the floor, but now it seems to be covering about 98% of it.

Throughout the study and the National Geographic coverage of it, climate change is blamed. Never mind the fact that the astronomical increase in sea snot occurred in conjunction with the Fukushima nuclear disaster—they don’t even bother to mention that. The Fukushima Daiichi nuclear disaster occurred when an earthquake and subsequent tsunami hit the area on March 11, 2011. To this day, the amount of damage is unclear as the Japanese government along with TEPCO (the power company that owns the nuclear power plant) seem to be content to hide the truth. Measurements taken in March 2012 show sea snot levels to be at about 1%. Just a few months later, they had grown to 98%. After 24 years of measuring the dead sea life and recognizing that global warming is a slow-moving and ongoing effect, the scientists would have us believe the “explosion” of sea snot that occurred in just a few months’ time was a normal effect of climate change. Yeah, right. The sheer fact that the effects of Fukushima were not even considered make the study and its findings all the more suspicious. One would think if climate change could dramatically change the volume of sea snot in a few short months, it would have had other similarly troubling effects on other aspects of the environment during the same period—effects we would notice. But it didn’t. Fukushima did. - Elizabeth Renter

“In the 24 years of this study, the past two years have been the biggest amounts of this detritus by far,” said marine biologist Christine Huffard, who works at the research station off of California. Multiple other stations throughout the Pacific have seen similarly alarming increases."

The 'Domino Effect' dictates it's time to follow the soul

We need to take note. In my knowing, Fukushima will become what's termed an "Extinction Level Event". But I am not afraid nor worried. Yes it's going to affect everyone of us in due course in some way. The time has come for humanity to look into the mirror of its activities and way of living on this once beautiful planet. Society has been destroying it wholesale, day in, day out. How can the mainstream continue to be so naive as to think that humanity will not be affected? Life on this planet is beginning to change rapidly, right under our very noses.

We said exactly this at the beginning of 2014 (Entering the Crucible of Change). It's time for the awakening movement to prepare themselves in the ways they feel in their soul. And if you can't yet fully listen to your soul, it's time to apply maximum attention to that skill (Walking the Path). Global events like this are sure to have a domino affect into all other areas of our lives. It's happening right now. I felt to dedicate this article to the humble starfish pictured above.

Open, this posting is an undeniable statement of the shocking damage that has been done and continues to be done to this innocent planet. It shows a global disaster that is reflected down to the day to day experience of all life on this planet. I struggle to get my head around it all. When the fundamental, life sustaining parts of the planet, are dying and being decimated, how can there be such complacency. When we are suffering like so many species in the wild that see the habitable spaces shrinking, the lack of clean water and food, then the surprised cry will go up 'how did this happen?'