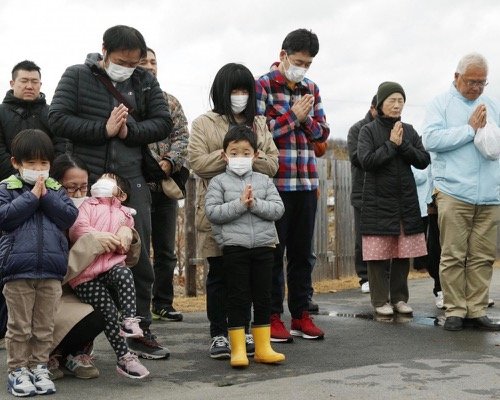 It is now two years since the Tsunami and consequent nuclear 'accident' at Fukushima. I remember it so well, we delayed the release of our 5GATEWAYS film as a mark of respect and solidarity for the people. So what's the situation at Fukushima now? And what are the implications society should be taking note of? Well for some, it's business as usual where nuclear is concerned. For others like Germany and Italy, all investment in nuclear power has ceased. I found this video deeply intriguing. I think it's important that we all bring into consciousness the considerations behind the future supply of energy. I'm interested in your views...

On the one hand we have a growing world population, yet we're already stretching to the limit the earth's capacity to sustain us. And was this not a synchronistic warning from Gaia that we shouldn't be meddling with the atom? We have around 400 nuclear power stations on the planet and no matter what precautions are being taken, they're all highly subject to the ebb and flow of nature. Especially in a time of increased volcanic, earthquake and solar storm activity.

I can understand the urge to increase power supply in what may seem like a relatively 'clean' environmental way. But doesn't an accident (waiting to happen) like this signal we're on the wrong tack?

What about using it as an inspiration to consume less? In the video, I was really impressed with how the 'ordinary' Japanese people are dealing with the fall-out. They come across as a very stoic people struggling to overcome the hardships. What happens if we could be inspired by that example and grasp the nettle of change and reduced consumption now, rather than have it thrust upon us by another disaster?