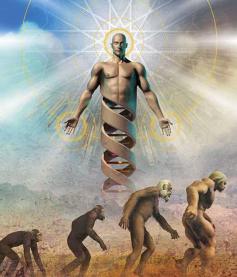 DNA of course forms the building material for most of life on the planet. It is what determines our very physical make-up. To me, it is a complex receiver/transmitter of energetic frequency. It is the very bridge between the etheric and the physical, the internal magician that receives higher consciousness impulses which it then manifests into mirroring form. As science now begins to unlock the buried code within our DNA, it's going to answer many of the vital questions of our time: how humanity came to be in the form it currently is, why there is such disharmony not just in our physical selves, but also the wider world. And it's also going to point the way forwards for a new humanity...

Mainstream science considers that humans are the most evolved beings on the planet. That may be true in terms of cognitive ability and the power of self reflection. But why then, when most other creatures have relatively few genetic defects, does our genetic coding reveal as many as 5000 defects? Why are there genes that when active, generate terminal disease? You'd have thought such anomalies would have long since disappeared from our gene pool. It would seem that quite convoluted events of major proportions must have happened in our recent past - something akin a nuclear explosion within our genetic tree.

For me it is absolutely clear, as in due course the evidence will show, there has been significant tampering with our genetic code. Some has certainly been benevolent, like for example our quite sudden ability to speak. The radical changes required to create a 'voice-box' simply don't emerge naturally in the short time frame they have. But in others, you have to question the evolutionary 'advantage': like for example the reduction of brain capacity in Homo Sapiens Sapiens (in comparison to Cro Magnon) or the dramatic reduction in bone thickness and muscle strength. How did these help our evolution at a time when we were still being hunter gatherers?

I know that disclosure of what happened is bound to take place in the not-too-distant-future. Recently Russian scientists have revealed how DNA can be easily influenced by light and sound. Here's a brief synopsis of the work by Kingsley Dennis of Worldshift 2012 which is proving very popular currently within spiritual media:

"The Russian biophysicist and molecular biologist Pjotr Garjajev, who has studied human DNA with his research team in Moscow, proved that damaged chromosomes (such as damaged by x-rays) can be repaired. Their method was to ‘capture’ the information patterns of particular DNA and then to transmit these patterns, using focused light frequencies, onto another genome as a way of reprogramming the cells. In this way they successfully transformed frog embryos to salamander embryos simply by transmitting the DNA information patterns. Garjajev’s research shows that certain frequency patterns can be ‘beamed’ (such as with a laser) to transfer genetic information.

This shows how DNA operates through resonance and vibratory frequencies. It also shows that human DNA can be modified – or altered – through the impact of external frequencies. These research results go some way towards validating the existence of such phenomena as remote acts of healing, and other psychic attributes. It also suggests that DNA is a living, fluid, and dynamic ‘language’ that as a quantum informational field is responsive not only to laser waves (as in the above experiment) but also EM waves and sound – given that the correct frequencies are applied.

The knowledge that human DNA can be influenced and modulated by frequencies (sound, light, language, and thought) is likely to have been known to various spiritual traditions, mystics and teachers, over the ages. This is perhaps why a variety of exercises have existed that utilise thought focus (prayer); sounds (music; chanting; singing); light (specific locations both natural light and produced light such as in stained glass); and language (specific recitations as in mantras and zikrs). DNA appears to function not only as a protein builder (the minority function) but also as a medium for the storage, receiving, and communicating of information."

However it's going to require a great deal more than science to reveal our past genetic history. Only a top down multidimensional understanding is going to fit all the pieces of the jigsaw. Here at Openhand, the meditations we're doing with awakening people from all parts of the world is steadily revealing steps of a story that we've all been party to, a remarkable journey that can only be accessed through expanded consciousness. 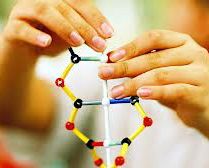 Ultimately our path forwards is that of the soul, not the bodymind. However, the soul manifests it's mirroring physical vehicles through which to express. If there have been tamperings with that genetic code - and we clearly observe there has been - then it's highly likely that we're going to experience quite high degrees of internal disharmony when we start to open. Evolving people need to become increasingly aware of that.

To me this is why our diet is such a hot potato. Should we eat meat for example? How is it that the foods many are drawn to tend to lower vibration? Why is there such internal conflict over various food types? I observe that a new future is beckoning, a new humanity will evolve where the vast majority of such inconsistencies are resolved out. I observe that's a huge part of the Earth's cleansing process that is currently taking place.

I look forwards to that not-so-distant sunrise with eager anticipation. But in the meantime, there's lots that we can do to help stabilise and balance the internal DNA disharmonies:

Let your soul be your pilot 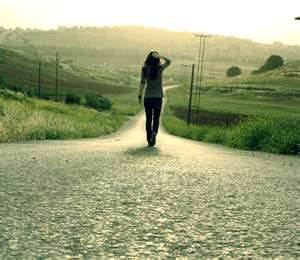 Of course these have long been areas of deep exploration within the evolving group consciousness, way before science discovered the nature of DNA. It's no surprise, as we expand our consciousness, we are intuitively drawn to actions and behaviours that automatically bring greater internal alignment. There's no need even to understand intellectually what's going on...let your soul be the pilot! Bringing greater intellectual awareness to the dynamic can greatly help however. And so in the months and years ahead, we feel to keep sharing what we're perceiving and realising. These are exciting times. As the veils of the old world steadily fall away, for those that choose it, not only is a new world dawning, but a new humanity.