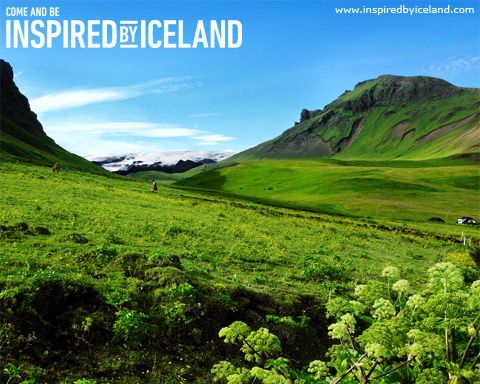 It's no secret that the world financial systems are in a mess. Excess consumption, globalisation of supply chains and profiteering from the earth's limited natural resources have caused a mountain range of debt and thin ice economies not to mention the disastrous affect on the environment. With governments seemingly unable and unwilling to grasp the nettle, there needs to come a point where populations take back personal responsibility for their lives. When Iceland was badly affected by the credit crunch of 2008, rather than accepting crippling IMF loans to reinflate, they kicked out the international system entirely. The result is astounding...

Following the collapse of their mainstream economy with the 2008 credit crunch, the Icelandic people went through a complete restructuring of how they lived their lives. In short, they sacked their government and using an open forum of popular consensus, set up their own run by the people and for the people. They nationalised their banking system and ceased international bailouts which have been so punishing for the population of Greece for example. They defaulted and wrote off a staggering $85 Billion in international debt. To me this is crucial not only for us, but the immediate stability our planet also. It is debt which is used by banks and corporations to enslave people and of course it has been holding the planet's ecosystems to ransom. Not only this, but now Iceland has redeveloped it's energy production making it 100% renewable. According to Reneweconomy.com.au:

Iceland today generates 100% of its electricity with renewables: 75% of that from large hydro, and 25% from geothermal. Equally significant, Iceland provides 87% of its demand for hot water and heat with geothermal energy, primarily through an extensive district heating system. Altogether, hydro and geothermal sources meet 81% of Iceland’s primary energy requirements for electricity, heat, and transportation. This must be a record in the modern era. Certainly Icelandic politicians think so, because they frequently make reference to it.

Not surprisingly, none of this makes the mainstream news. With so many invested positions at stake, the last thing the system wants is for people to take back personal responsibility and government of their own lives. But that's exactly what needs to happen increasingly around the world right now. I believe the consciousness of humanity is rising to a point where especially in places like Europe and America, we could begin to break up industrial globalisation and build local systems which will be more robust and resilient, especially in the challenging climatic changes that are beginning to unfold. If we keep sharing stories like the Inpsired Iceland one, the consciousness of personal revolution will spread ever more quickly. It's all about taking personal responsibility for our lives once more. To me, the Icelandic experience is such a heat-warming and uplifting one.

Hi Mike - I find it interesting to compare Iceland with 'established' economies. Right now, with it being so self sufficient, I'd say it's economy is so much more credible than most of the major players. Many European countries are bankrupt, so is the United States. If I was in Iceland, would I want to be trading a currency tagged to self sufficiency for a bankrupt Dollar or Euro?

In the car crash ten years ago, I had many visions. I saw a natural implosion of the system long past its sell by date. Then I saw people coming together in self supporting communities who'd then trade surpluses with neighbouring communities. What one lacked, the other provided.

To me, the globalised system is desperately dangerous because it creates total dependency upon the system. Britain for example may sew its fields for another countries rape seed fuel. What good is that to us if/when the system crashes and we can't feed ourselves?

Take a look at Greece right now. The people are fighting over one another to get the odd food handout. Meanwhile, they're paying billions in loans to the IMF and other countries are organising their economy. What if they stepped out of the Euro, devalued their currency and started immediately to become more self sufficient? Now any surplus goods they did create would be interesting to neighbouring communities and countries - because of the devalued nature of their currency. Yes, they would have to tighten their belts, but we're all going to have to do that sooner or later anyway. Yes it would mean many would have to go back to the land, instead of working in shops and offices - halleluhyah!

As I look forwards, I see that communities either take these moves voluntarily now, in which case the pain of transition will be smoother and less impactful or it will happen anyway through a series of implosions and crashes.

Personally, given the choice, I'd go for the soft option!