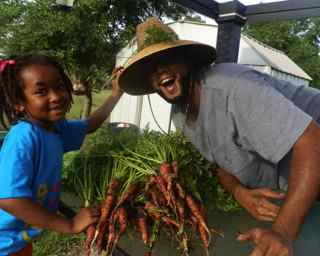 The often used argument for human consumption of meat and diary is that we need the B12 vitamin. In actual fact, according to the Framingham Study, one of the most significant biological tests carried out on humans, the highest incidences of B12 deficiency are found among people who actually consume the highest amounts of meat and dairy - now there's a turn up for the books! It also showed that B12 was wrongly classified as a vitamin, when it is in actual fact a probiotic, which we used to ingest with soil from plant eating and then processed in the now defunct appendix. The vegetable plot thickens...

B12 and the Appendix Connection

Taken from the article B12 and the Appendix Connection by Jordan and Kyla Miller...

The Framingham Study As discussed in his interview, Dr. Brian Clement explains the Framingham Study was one of the most significant biological tests ever performed on human beings; it helped better understand and quantify the levels of B12 in humans at that time. This study, which took place in Framingham Massachusetts during the late 40′s, performed many biological tests (including identifying levels of B12) of 4th generation inhabitants within the area. Interestingly enough, the study found that a very significant amount of the population ( well over 1/3) were deficient in B12 even though 99% of the inhabitants consumed meat.

B12 and the Evolution of the Appendix
Dr. clement explains that vitamin B12 is not a vitamin; rather it “is a soil bacteria which was improperly classified under B vitamins because we did not have a probiotic or a healthy biology department back when B12 was first discovered.” The way B12 operates (or should be operating) is that it travels into the small intestine (through food), which would then make its way into the large intestine (like any other probiotic would do) where it would cultivate so that there wasn’t a need to take B12 supplementation on a daily basis. Dr. clement explains that B12 has a significant role to play in the human body. B12 is an important factor in the development of neurons and how they interact with the nervous system. Equipped with this information, Dr. Clement continued to dive further into his research to help him understand the reasons behind such B12 deficiencies outlined in the Framingham Study. He began studying anatomical diagrams from the last 300 years, particularly focusing on the digestive system. Looking through the early diagrams (circa 1700′s), Dr. clement notes that the large intestine looked “radically different” than it does today. He explains that at the end of the digestive system, where the small intestine dumps digested food, there was a pocket that resembled the front of a boot that was historically and consistently there presumably before the 1700′s. Once the 20th century rolled around however, this anatomical structure was nearly absent, and when we entered the 21st century, this boot-like structure was completely shriveled up into what we now know as the appendix (something that modern medicine believes is absolutely irrelevant). As a result of this change, Dr Clement explains that B12 now has to be consistently consumed by all humans on a daily basis so that we can maintain adequate levels. The reason for this is that the prior boot-like pocket that previously nestled at the end of the large intestine was the “organic garden” where soil based bacteria (B12) from foods (primarily vegetables) would cultivate in this pocket and maintain adequate levels of B12.

Where to get B12?
Since the pocket is no longer present, it is understood that everyone has B12 deficiencies, and as a result, require B12 supplementation in the form of Methylcobalamine. Methylcobalamine is the natural form found in nature within the soil and subsequently within our food. Try your best to avoid B12 products with the primary ingredient cyanocobalamine. This is a synthetic version that is not found in nature at all; in fact it is made with cyanide, a rather poisonous substance to the human body in high quantities. Another excellent source of B12 is natto – a fermented soy-based product. Interestingly enough, the highest incidences of B12 deficiency are found among people who consume the highest amounts of meat and dairy. The reason why this is, is that they are consuming a neutered form of B12 that is not usable by the body. Furthermore, the cooking of meat destroys beneficial bacteria (B12). Once Dr. clement came to this revelation and validated it with scientific data and information, he concluded, based on the widespread vitamin B12 deficiency occurring today, why we, as a human species, have an ever growing number of cases of dementia, Alzheimer’s disease and other forms of neurological disorders in the industrial nations of the world today.