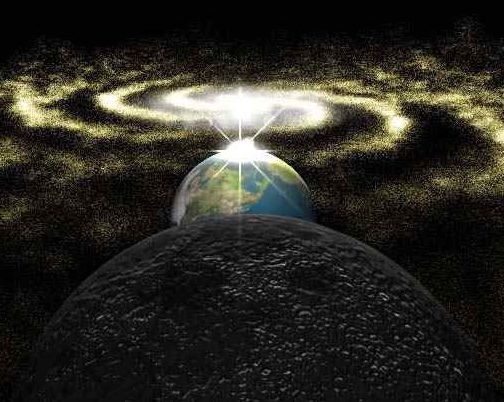 So we're rapidly approaching the much heralded and prophecised Galactic Alignment, where the earth aligns with the sun through the galactic equator and according to some interpretations of the Mayan's "Popol Vu", it will also coordinate with the completion of what's known as the "Precession of the Equinoxes", which is caused by the 'wobble' of the Earth's polar axis subscribing a 26,000 year cycle through the 12 constellations of the Zodiac. As I understand it, the Mayans configured their "Long Count" calendar around the prediction to complete on 21st December 2012. Is this true and what might we expect to happen as a result?...

I should quickly add, that many disagree with the timing of this event. Astronomers point to the calculations of Jean Meeus (Mathematical Astronomy Morsels, 1997) who concluded that it actually takes 36 years for the sun to pass through the alignment centred around 1998. By this calculation, there would be a window from 1980-2016 where alignment has already been happening every winter solstice.

If he's correct, and personally I feel a rightness with it, then we're unlikely to witness anything extraordinary other than trends that have already been happening across the planet (which I'll come onto in a moment). Of course there's quite a spiritual body invested in the Mayan predictions around 2012. To me, the exact timing matters not a jot, because lasting shifts of consciousness happen not according to some particular timing. That said, if we're open to them, cosmic alignments like these, can temporarily at least uplift consciousness (which we must then integrate over time if they are to remain). And right now, like others, I do feel some pretty major cosmic shifts going on. 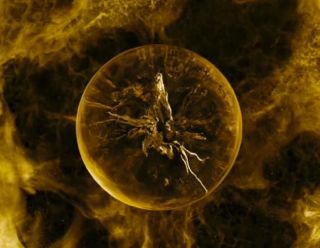 The Mayans accurately described a supermassive black hole at the centre of our Galaxy way before modern science discovered it. Passage along this 'dark road' or "Xibalba be" as the Mayans more romantically knew it, occurs with the retrograde movement of the Earths polar axis towards the 'dark rift' at the Galactic Centre. The Mayan culture apparently considered this as a journey into the underworld, a time of expanded consciousness. Certainly in my observations in facilitating evolving people, there definitely seems to be an acceleration into the darkened inner veils that limit - offering enormous opportunity for people to confront their fears and expand through them.

At this current time, I especially feel the underlying movements of energy as heavy denseness on the global plane of the intellect. Although I don't feel heavy in myself, I can feel a heaviness infusing my field, an increased density, but one does have to be expanded into multiple dimensions in order to feel it.

Many have said that such Galactic Alignment - coinciding with the Precession - has in the past tended to cause dramatic earth changes like pole shifts, solar storms, volcanic activity and even earth crust displacement. For me, I feel the transition is more protracted, aligned with the 36 year window. We are for example already witnessing a gradual pole shift, reduction of the earth's magnetic field, increasing volcanic activity and earthquakes plus freak weather all at a time when solar storm activity is moving towards a zenith of its natural cycle. So there is definitely the increasing possibility of disruptive events on a global scale, although not necessarily centred around any key date. It is more that we're traveling into an increasing period of uncertainty and therefore escalating probability of 'turbulence'.

What we must also take into consideration, are how mass spiritual meditation and ceremony could affect life in various locations in a positive way. And on the other side of the coin, we're already witnessing escalating popular unrest in hot spots around the world, probably due to the increased catalytic agitation of consciousness. To make matters even more challenging to predict, we cannot rule out 'false-flag' scares by the 'powers-that-be'. These times are indeed a challenge - and therefore an opportunity - of increased personal awareness and responsibility. On the road to Xibalba, there will be many shadows and we must allow the direction of a loving heart to take precedence.

So this ongoing transition is without doubt a great opportunity. Even if the various alignments do not happen as and when predicted, it is clear to many that the Earth indeed is undergoing a major transition. The signs, synchronicities and feelings strongly suggest to me at least, that her centre of consciousness is centering in the Fifth Density. I strongly believe this in itself is the major shift causing the current accelerated awakenings, fragmenting of the old fear based consciousness and a reharmonisation of vibration. It certainly feels that way to me.

Free Will and Self Determination

As this planetary shift currently takes place, I feel the soul of Gaia beginning to squeeze through the plane of the intellect. In my knowing a grid of dense energy, has over the millennia, been established within the human mass psyche by a 4th Dimensional Opposing Consciousness.

This "Matrix" is interwoven through the very fabric of society. I've frequently spoken of it being unwound and fragmented. To me, this feels like a crucial time in that unwinding. I sense Gaia - and a variety of cosmic energies - gathering at this crucial juncture to break apart various elements of this vibrational matrix, repatriating the Opposing Consciousness and liberating humanity on the mental plane. Wouldn't it be wonderful were that to happen! 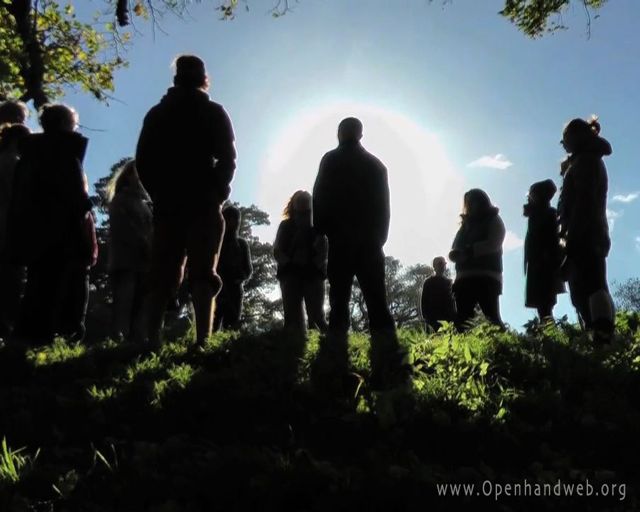 And what about predicted mass awakenings? Well certainly, if such events are marked by a concentration of human focus, if people are caused to look up from the pavement and through the neon lighted sidewalks to the starlit heavens above, that can only be a good thing. Humanity needs as many mirroring opportunities as possible these days. But let's be clear, no matter what the shift of consciousness that takes place, we still have to process our own inner darkness and clear it in order for the expansion to integrate and remain a part of an expanded awareness.

No matter what goes on, we are blessed with free will. Our Ascension is a constant conscious choice, which although can be spiked during key events such as these, can only be fully integrated by walking the Spiritual Path. And that in itself happens not just on one key day. It takes time, persistence and great patience.

If you liked that you'll love these

I use them for chakra alignment, which will probably be useful in the coming weeks.
Here's the link to the documentary on Shumman Resonance.

RESONANCE - BEINGS OF FREQUENCY from james russell on Vimeo.

For me, (and I don't believe it's a coincidence that I'm experiencing what I have been), is a definate realighnment energetically. Since 12.12.12 I was feeling my body ice cold on one side and warm on the other.I also felt gravitionally pushed over and it felt VERY magnetic), like the earth was moving from left to right. I could literally feel a balancing to find a ''point''I literally was pushed over, several times and also feeling an acceleration of spinning from mother earth.So much so, I couldn't stand up several times.It was so powerful. Kundalini activation, wanting to come through, after third eye releases,exposure of cosmic darkness, collective karma and a shift of consciousness taking place.I also see this shift as an inner alchemy,and do see some being stuck in their place, others moving on.....But these are just my experiences of course in the physical density.

Hi Chris
Thank you for your views on the Galactic Alignment 2012.
My attention was only recently spiked when I got a strong urge to google info. re 12-12 12. Was due to work that night, and was wondering if I was going to miss something important. As it turned out, I was incredibly busy at work and snored my way through most of the day as a result.
However, in my research, I did discover this Mayen Elder on u tube.
I found him so inspiring, and his knowledge of Technology , Science and Health/ Healing was obvious to me, although I cant pretend to understand all the science.
For some time I have earmarked 21st Dec.as time off work.As a result of this man's information; I will be extending that time until 23rd.
What will I be doing?
I feel to be still in Nature. I am going to spend some time with trees, which I have recently read, have the most vibrant Energy of all the plant life. Also, will be spending time at my favourite place by the sea.I just love the waves crashing on the rocks on a wintery day.
Finally, I will spend some time with others at a local stone circle, in meditation and companionship. That is the loose plan. Lets see what presents.
I am excited about these times - I don't know why!
I do take your point that "Ascension is a constant conscious choice and not just on one key day."
However, despite all the obvious turmoil in the world; I feel to be light, and trust that it is all happening as it should.

Thank you for your work in the world Chris.
You and Trinity are providing an important service.
Wishing all at your household the very best for Christmas and 2013.
I extend this wish to every being at this time.

I'm not a great fan of NASA particularly, but here's an interesting video they've produced debunking any 2012 end-of-the world hype. Confidently they've produced it for the day after December 21st but released it now...