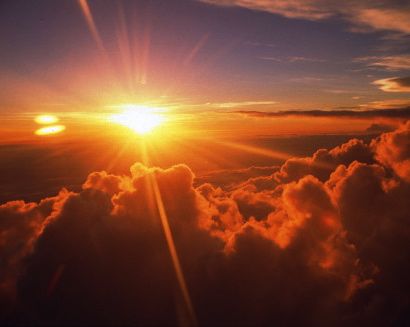 There's much being spoken currently about so called "Free Energy". In other words manifesting energy from the zero point field and how this might be the solution to mankind's energy problems; how it might help heal Planet Earth by developing a sustainable solution. To me it is a deceptive myth. Firstly, there is no such thing as 'free' in this context, because of cause and effect. Since all action in the universe has originated from the causality of 'everything/nothing', every action has a reaction. If I apply energy into a system, then other sentient life will be affected somewhere down the 'food chain, even if initially the impact may be unseen...

Imagine I'm standing in a boat on a perfectly still lake and I decide to jump into the air towards the bows. Does the boat remain stationary? No, it moves backwards with more or less the same amount of energy I moved forwards. Essentially, in a simplistic way, this explains the universal law of 'cause and effect'. If I take energy from one place, and channel it in one direction, then I get an equal and opposite effect somewhere else. To some degree, the lake will be disturbed and other life in it...

I feel the spiritual movement risks being led astray by the whole notion of "free energy". Imagine for example the transition from traditional devices to "free energy" ones. Right now around 3 billion people have a mobile phone, what happens when we replace these with free energy phones? And what about the cars, planes, trains, computers, TVs, microwaves etc etc? Where do the resources come from and what will be their effect?

In my knowing, early human civilisations, supported by an Opposing Consciousness Intervention had incredible powers to shape and change the earth's energy field (including weather patterns). Essentially, working through the fourth density coupled with mind led intention, has the ability to shape circumstances in the most powerful way when it is truly focused. But it is also essentially disconnecting from the universal flow which is spontaneous, without intention and having the best interests of all sentient life in the system, not just one form of it.

Intention presupposes that you or I know what is best for another sentient life form. If I decide the flow should happen in a particular way, then I am changing the flow somewhere else for another. Who grants us that right?

The karma of control

There are still many vestiges around the world of early yet advanced civilisations. Check out the film footage on youtube about the Yonaguni ruins beneath the sea off the coast of Japan. It's just one astounding example of many ancient, unexplained structures around the world. In my knowing, some of these megalyths had the intention of controlling the Earth's magnetic field to exploit zero point energy and in some cases, even redirecting weather patterns. For me, it's where the natural balance of the earth's eco-systems really began to go awry. 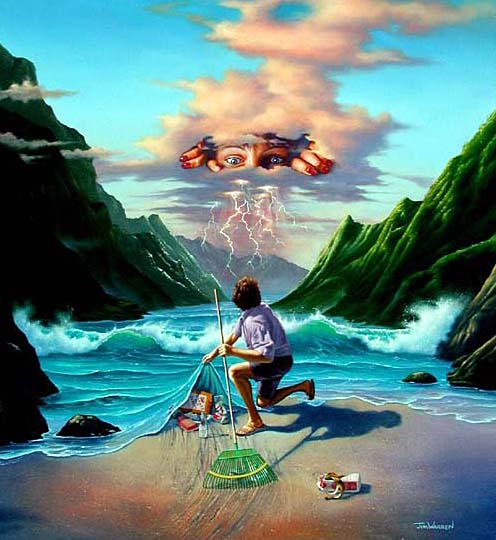 This is a part of the karma that many are now living with here in these times. In my knowing, our purpose here is to process out our karma of control. We're here to discover how to accept things as they are without interference or intervention. We're here to truly integrate the wider implication of cause and effect.

And because humanity has controlled the earth in the past, that karma has manifested the mirror of control we see right now - in the form of Opposing Consciousness and the matrix of mass control that we're living in.

Even if many are still unaware, we're all here to process our karma and continue the natural journey of spiritual evolution. It's the underlying pull guiding our Ascension.

The intervention agenda we observe in society today is resisting this natural realignment tooth and claw. It's purpose would seem to be to establish a synthetic reality based on Genetically Modified Food, geo-engineered environments and highly advanced technology all maintained by downgraded sub-humanism. At least judging by it's apparent direction, that would be my inescapable conclusion.

This Opposing Consciousness that deceptively invades our thoughts and plays on emotion from the higher dimension, is in my view offering the carrot of advanced technology to tempt humanity forwards into the development of controlled, synthetic environments and the "free energy" movement risks falling right into this trap.

It's actually exactly what the Hopi Elders warned us about, the two paths for humanity: one of high technology leading to destruction and the other, realignment with the Earth's natural evolutionary path.

I believe the realignment of the Earth's Natural balance will happen whether we like it or not, whether we try to control it or not. I observe we're witnessing the early effects of activated tipping points leading to generally higher climatic temperatures, radically changing weather patterns and a general cleansing of the Earth's surface, probably what the Hopi Elders referred to as The Great Purification. I can sense the energy building to initiate this right at this moment. 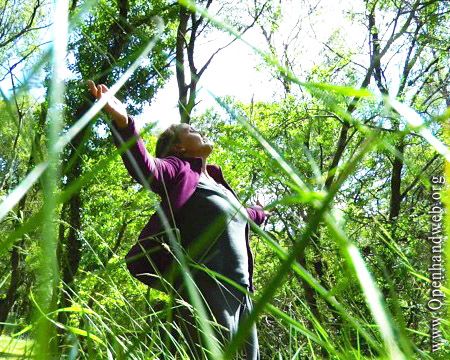 So the key for humanity would be to accept this natural realignment and work to process its karma. It's about letting go of mind sourced agendas and instead opening internally to feel the natural alignment of the moment. It's something humanity has strayed far from in the past; a sense of divine trust that it urgently now needs to reclaim.

I'm not saying we shouldn't use sustainable technology. I'm saying that zero point "free energy" is not the solution it's presupposed to be. To me Realignment with the natural order of life is what's truly invited and it would serve our highest interests to surrender to that.

I think I understand your point. It seems to be a situation of 'cleverness without wisdom'.

Impact on the eco-systems

As I see it, the problem is not where we harvest the energy from or how, it is how does the energy get applied? If you pour energy into a closed system (the Earth is its own self contained eco-system to a large degree), then that energy will have an effect on all other life here.

It would encourage even greater population expansion for example and ever more consumables that people want and need. So what happens to other sentient life here?

This is the first time I have encountered the idea that harnessing zero point energy is a bad idea due to it 'creating a black hole in the energy field'.

I always thought of zero point energy ('free energy') as something more akin to solar energy; simply harnessing something that is already there.

Perhaps the solution to the horrific pollution caused by fossil fuel energy would be to harness other frequencies of electromagnetic energy besides just visible light (solar power). After all, the earth is being bombarded with a wide variety of invisible electromagnetic radiation both day and night. The earth is already absorbing vast quantities of this radiation and taking it out of the system, might as well capture a fraction of it before it reaches entropy.

Thanks Trinity - Yes we're on the same page :-)

What exactly is Openhand?