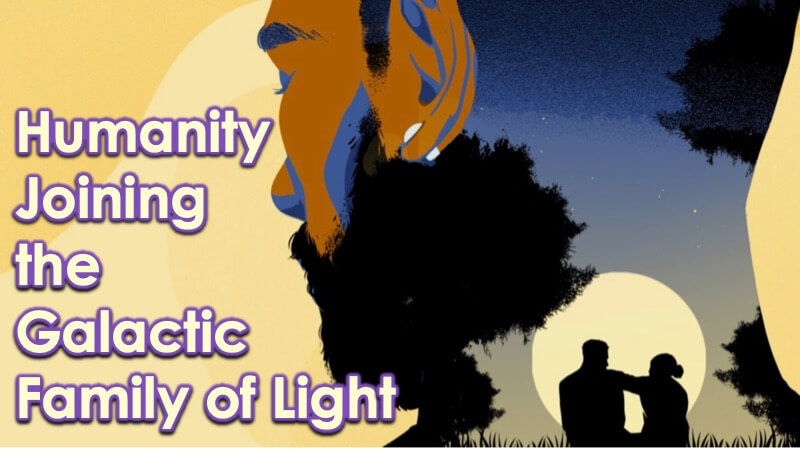 When you look at the humungous changes happening on the planet and through society right now, it's understandable you might balk at it all and want to close back down in the 3D shell. But this is not the time to play it small! We must keep working through and shedding the old homo sapiens layers. Progressively your 5D wings take form, and you find you can navigate and create in the world from an entirely different, expanded possibility. Well done. You're joining the Galactic Family of Light.

Tide Running out for the "Great Reset"

There's no escaping it, the old reality you were accustomed to no longer exists. The fabric of it all is breaking down as the earth terraforms into 5D. It's confusing because the old ways of doing things seem to still work - the old logic kind of gets you there. Kind of. Except the tide is running out, and no matter how you grasp at shifting sands, it still runs through your fingertips. Especially now as the shadowstate up turns everything in its failing "Great Reset".

It will fail. That's why it ramps up its machinations day by day - whether it be the cost of energy, exploding supply chains or the broken financial system.  It's efforting to make people cling to the old threads. But at the same time, swathes of light are pouring in too. An elevation of consciousness is taking place. The possibility to create from an entirely new consciousness exists. This is what the controllers fear most.

I have intuitively seen the Great Reset failing, being challenged across a pivotal "anvil point" in the near future and being broken down.

We Need the Karmic Shadow - A While Longer

I'm working with evolving people around the world and I can tell you there's one key thing in common:

You've had enough of this broken construct and its ridiculous shenanigans. Yes, we have to entertain it a while longer, because it represents the karmic shadow that so many are still working to break free from.

That's the point to hoist on board. 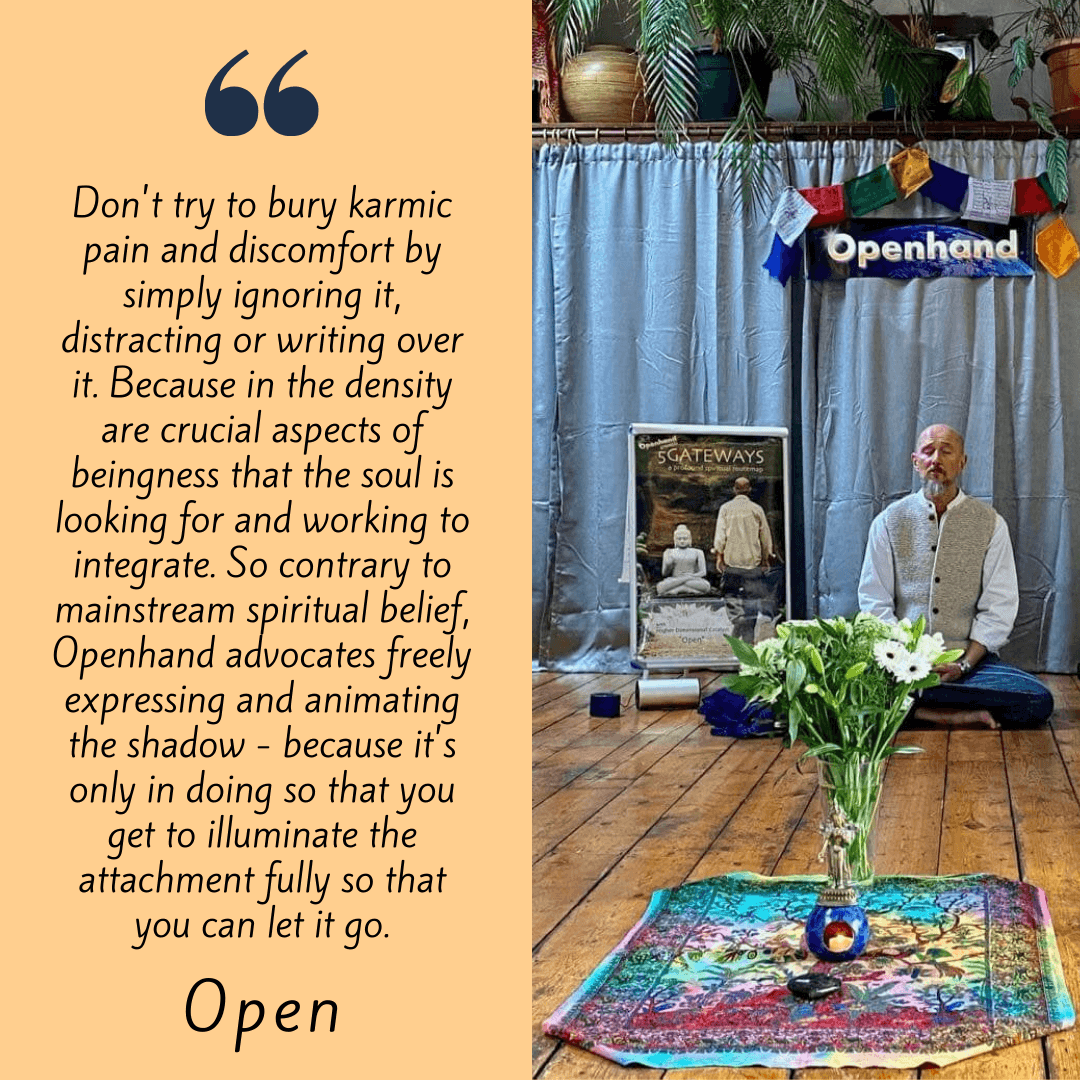 Humanity manifested the controlling intervention because of unconsciousness - young souls that unwittingly handed over sovereignty to an external power. Thus early humanity disconnected from the divine flow and lost trust in the infinite benevolence of life. Hence the old 3D construct, that provided everything on a plate, seemed to make sense. Until now. 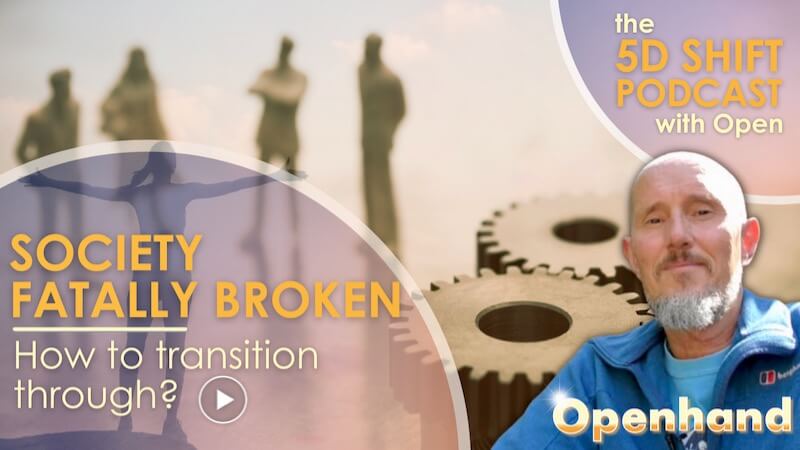 It could only provide at the expense of the ecosystems by plundering the very life force of the planet - controlling and suppressing, rather than allowing life to naturally take its course. This is the free flow of soul that humanity needs to come back to. We must let go of the crumbling old world consciousness.

The 5D Shift Podcast: Society Fatally Broken - How to Transition Through

Reality only Shifts Because You Shift Consciousness

I do get it though: it causes anxiety when you know you have to change; that you may need to change where you live; or that your relationships need to transform; or you may need to look for a different career. It's natural to feel a degree of fear, tightness and worry in the face of it all. But I tell you this: these are EXACTLY the growing pains we need to get through in order to transform our being.

Let's be clear, reality only shifts because you've shifted your consciousness. 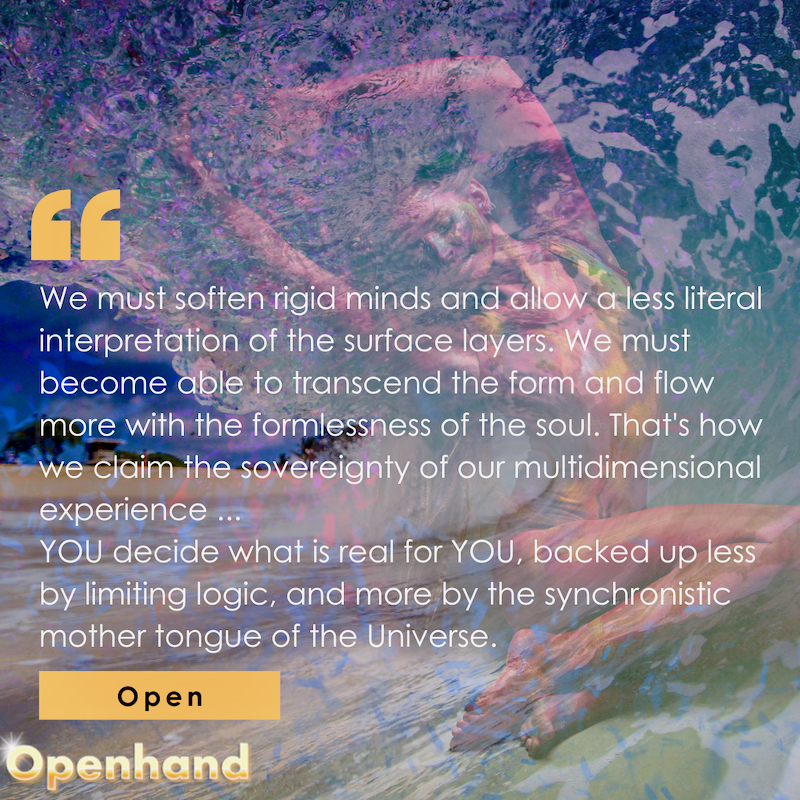 Let that be the order of the day - the orientation of your being. Take each day and ask: how can I grow in this? Whatever I find myself doing, how can I be more authentic in it? How can I be more of me by stripping off the limiting layers? Rather than limiting logic, what if I allowed my intuitive feelings to create the situation in an entirely different way?

The limiting layers are those that make you feel tight, want to close down and go back into the old shell. But you can dissociate from them by becoming the witnesser of the feelings. Rather than keeping on being distracted by the pressure of needing an immediate outcome, instead turn into the discomfort and work it through. What's holding you? Why? What outcome do you need or are attached to?

This is the Breakthrough Approach that is proving so successful with evolving people... 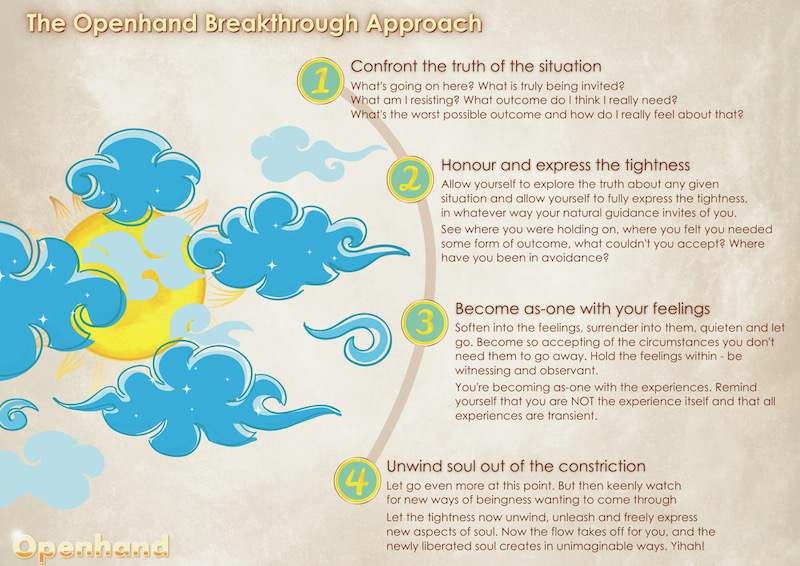 As purposefully unglamorous as it may sound, this is actually how you forge the higher dimensional 5D being. You've got to break down the old within the cauldron of life, so as to create the fertile inner space for the higher light to come in.

Being Informed in an Entirely New Way

When you have the courage to face your fears in this way, and open through them, then your being starts to be informed in an entirely different way: intuitions activate; infusions of higher knowing; signs and synchronicity; you witness the weaving of sacred geometry and supportive flows.

To the degree that you start to follow this new consciousness, is the measure of how much your life transforms and what you begin to weave on the outside. Yes, you're still going to witness the storm clouds of planetary transformtation, but now your inner eye picks up the swathes of light breaking through. They come in as subtle nuances, perceptions and beingness. Pay attention to these, create the time and the space to integrate them, then you'll find a new landscape takes form around you - a new way of being and creating. 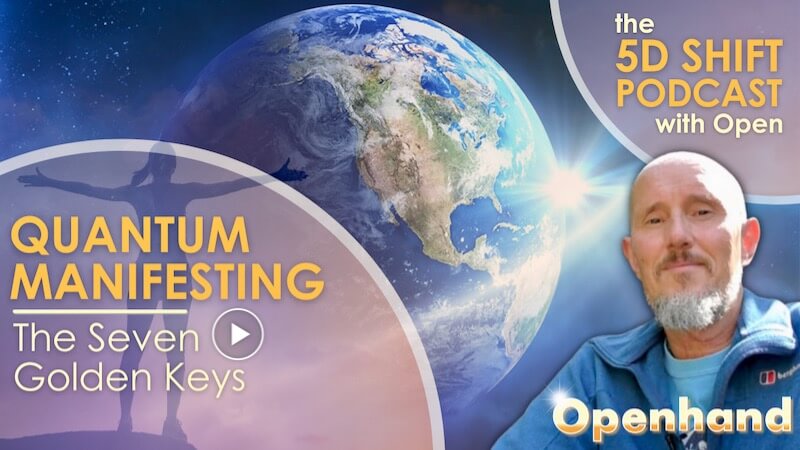 Remember: the intuitions don't guide you to the outcome the ego wants! It's not about an outcome. They guide you into how to be the next grandest version of you. Life then crystallises around this new beingness and furnishes exactly the circumstances, situations and resources you need. But crucially, what you need to be YOU.

Focus on this beingness and you will not fail in life.

I tell you the planet is awash with resources. Even though the shadow efforts to control. Nevertheless, there will ALWAYS be enough to support your authentic being. Focus on growth and forging of soul, then watch for the pointers of signs and synchronicity - where to connect the dots now. Let this be your new orientation in life.

So my dear friends, let's keep digging, let's keep pushing in and breaking through. Let's trust in this grand emergence like never before. Remember, the growing pains are entirely necessary to grow!

To inspire your progressive journey into the new 5D consciousness, I felt to share this video we made about the activation of the new 5D Human. This possibility exists. It's here and now. You just need to be clear there's density to work through in order to realise it...

If my sharing has inspired you on the joruney, then come and explore the work of Openhand. It's been purposefully crafted to meet these transformational times on the planet...

Right now I'm up on retreat at a magical centre in the mountains of Mexico. A wonderful group has joined from Europe, the USA and Canada. It's a pivotal time to be holding this events. The Openhand work was specifically crafted to meet these of profound change on the planet. How do you make sense of the humungous changes going on? 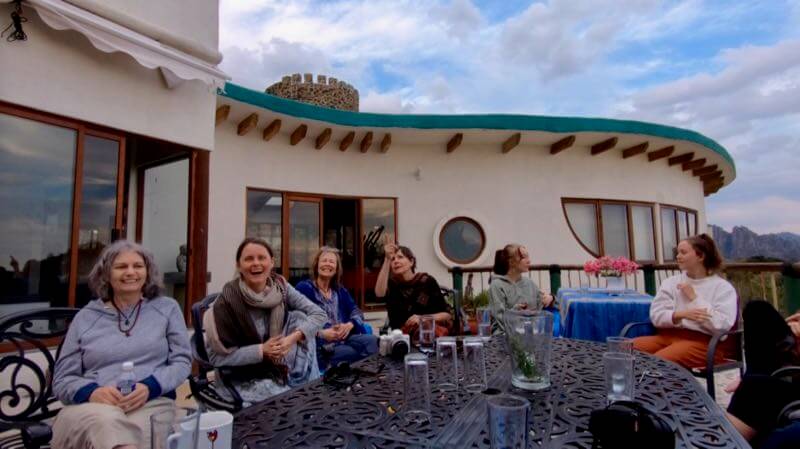 What's clear is that humanity and the planet are in a phenomenal metamorphosis stage: where the old world consciousness is breaking down, going into a kind of chrysalis phase, and at the same time, the new 5D consciousness is taking shape. 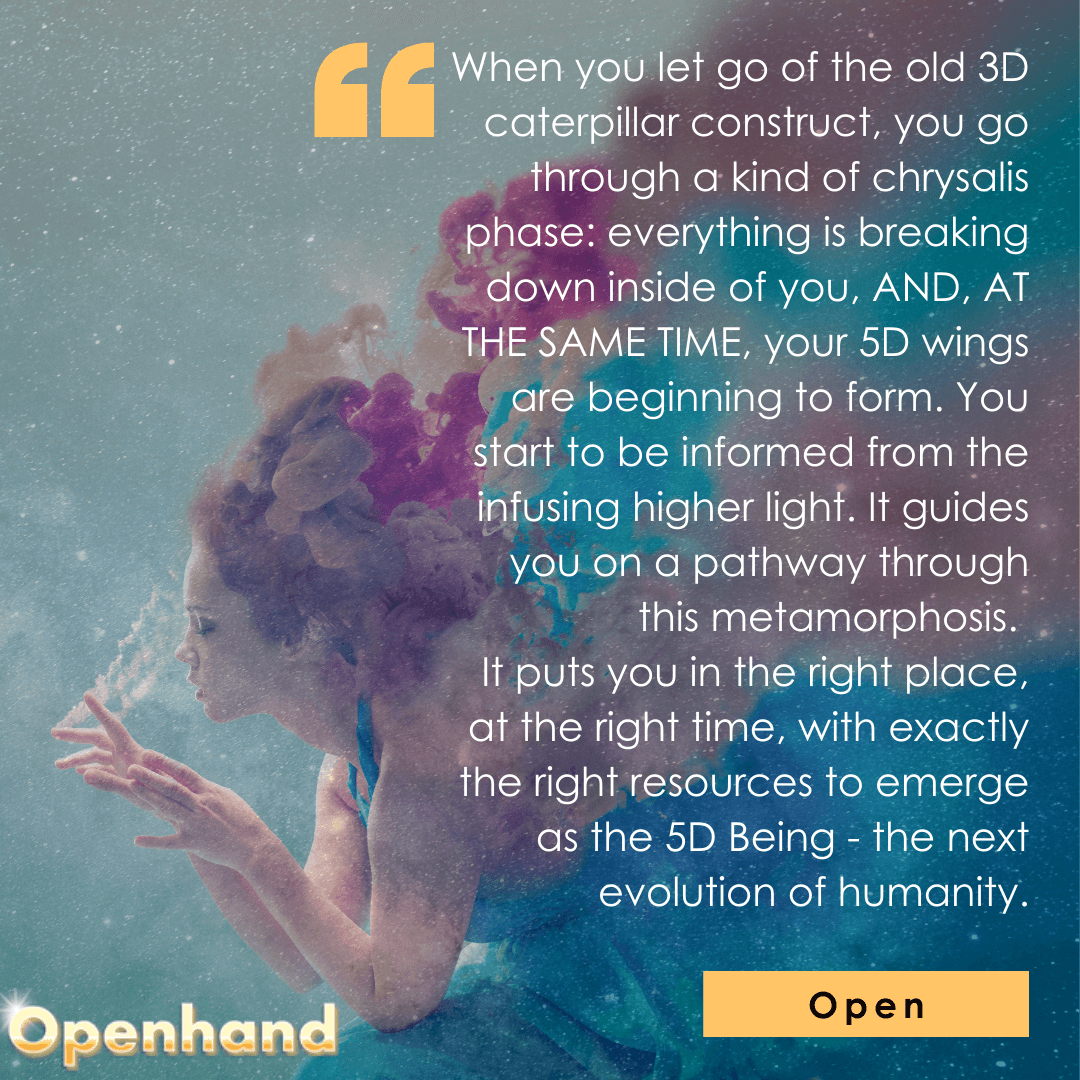 It's highly likely therefore, that plenty of times you'll feel pulled in juxtaposed directions, in all the different aspects of your life - in relationships, how you live and work. Plenty of times you will not know what to do, how to proceed. Recognise these intense "cauldron" points, because they are where you grow most.

How do you work through? The crucial thing is to focus on beingness... 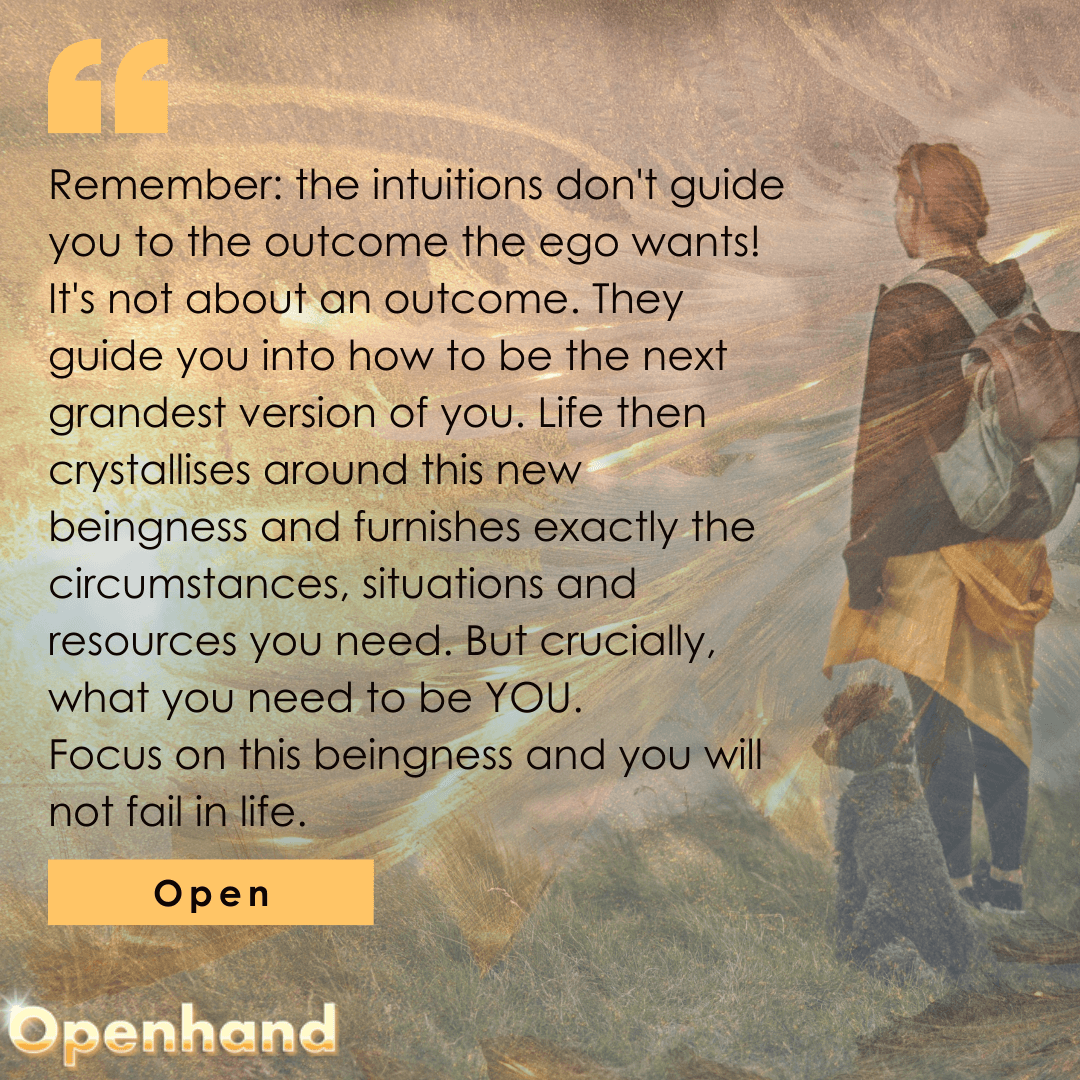 Indeed. It's all about finding the next grandest version of you. In which case, you'll find the next iteration, the next evolution of your world and your landscape crystalises around you.

This is how humanity now needs to proceed in order to evolve and grow.

Open 🦋
(PS - thanks to Thomas, our Outreach Coordinator, for the marvellous graphics 👍)

Born of frustration - these are the growing pains

When you're in that cauldron of transformation, as humanity is right now, then it feels like you're evolving through the pain of frustration. But that's exactly where you need to be! It's not solving or fixing it, but working through the inner tightness. Look for ways to express yourself, the pain, to honour it. Then when you meet it, you can unravel and emerge out. A new you takes form.

That's how this song speaks to me at these times. I've shared it before, but it seems so appropriate to share here again...

Frustration, anxiety, paranoia, catastrophisizing, self-castigating...thanks for the reminder of how to work through; i need it often as i'm still so attached to the old ways of being. Great song! Resonates, esp. being stuck in my own cobwebs and blaming others. But catching myself quicker and being more honest about how i create my own dramas. Thanks!🙏

Here's the perfect meditation for transformation: the Openhand Bow, developed from the ancient Kriya yoga of the Paramahansa Yogananda lineage... 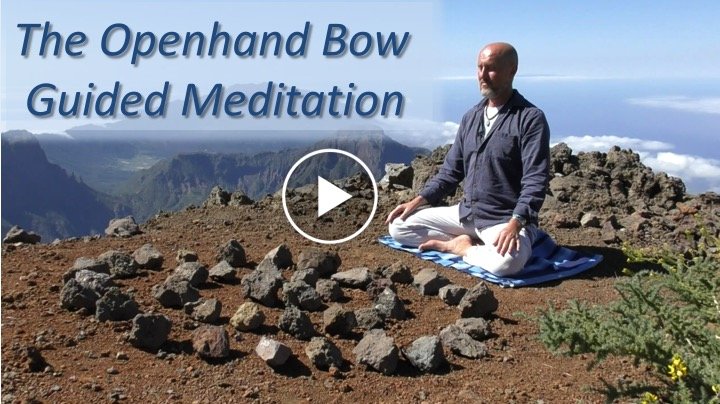 And if you'd like a video demo of it, then check this video...

Inspiration for transitioning through the unravelling of society

Right now I'm on retreat in Mexico, as a new group gets ready to join us. The old karmic layers people hold within are now ripe to be broken down. It's simply stunning how new consciousness then emerges - a delight to behold. Hence my new article today (scroll above) to inspire more of you to join in - to get involved with the work.

It's high time to actualise your 5D Destiny... 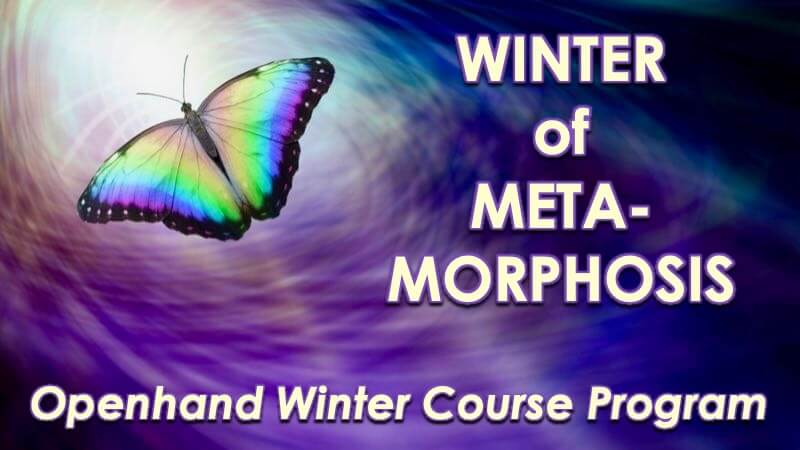 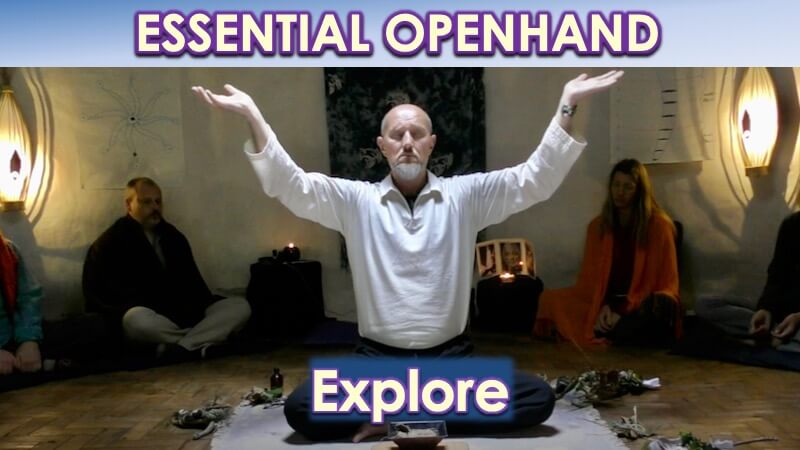