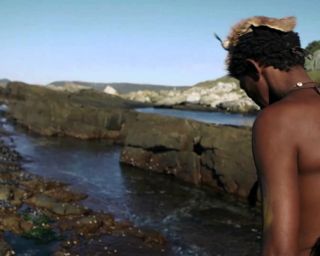 Everyone should watch this documentary
And I mean everyone! It's about how far humanity has strayed from his original harmonious alignment, and how he's ailing because of the synthetic reality we're now living in. It pays specific attention to our diet, what modern chemicals in the Industrial Food Chain actually do to the body, and how we should ideally eat for optimum health, vitality and to support the best interests of the planet. The documentary is extremely well produced and high quality. You can watch it free on their website until 22nd November...

Having watched the movie, I was deeply impressed with the depth into which they've explored, and the masses of scientific data they present; not just the impact on the body, but that on the planet too.

I do disagree on several conclusions though. Firstly they believe it's possible to balance modern technology with living more in an original way. I think that may be true as a transition, but where will all the resources come from to help nearly 7 billion people live like that? Where will the space come from and what space do Gaia and her eco-systems need? To me this is overlooked by the majority.

Neither is it just a problem of diet. Many people now know the impact of synthetic chemicals - like preservatives and pesticides - on the body. It still doesn't stop the majority buying highly processed - junk - food. It's because the majority are locked in a downward spiral of poverty and lack of time. Their lifestyles depend on the convenience and low cost which the globalised industrial food chain provides.

The problem is not just diet, it's the entirety of the system itself.

It's an issue I cover in depth in Divinicus: rise of the divine human

Changing your diet for evolution

Where this movie is exceptionally powerful though, is for anyone on the verge of changing their diet, aware that they need to, or feeling to improve to support their evolution. The insights provided are exceptionally motivational.

How important is your health to you? What's more, if you know what excito-toxins to cleanse from your body, then you'll create a calmer, clearer space such that you can feel your interconnectivity more strongly.

The body becomes your temple to the Divine.

Here's the trailer below. Then afterwards you can watch the full movie from their website here... Origins
(only free until 22nd November)

I was particularly impressed by their analysis of friendly biotics in the gut. Essential viewing.