Skip to main content
Spiritual Philosophy within the SHIFT
Multidimensionality 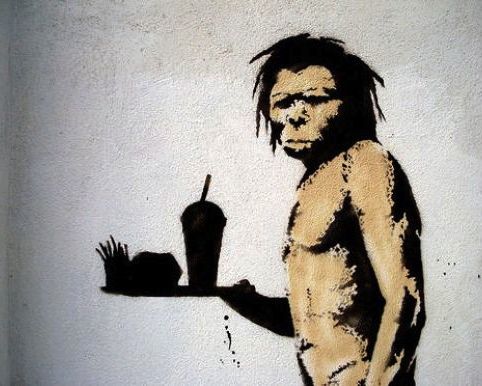 There are so many questions about the human diet. Does humanity really come from a hunter gatherer heritage as traditional anthropology would have us believe? Are we meant to eat animal protein? And what about the B12 question: if on the other hand we evolved to be vegan, which to many awakening souls feels more compassionate and natural, how can we acquire sufficient B12 in our food? The subject of human diet is such a hot potato. Perhaps there's a good reason for it...

The human heritage is far from straightforwards. The past is extremely convoluted, with the evidence stacking up that mankind's genetic tree has been tampered with. As evolving people now seek greater inner harmony in their lives, with increased sensitivity and compassion, diet is one of the major sticking points that greatly influences our vibration and sense of physical well being. Often it will seem like there's two strongly varied internal impulses pulling in different directions. There's no greater conflicting question than whether humanity was really designed to eat meat. From my perspective it's quite clear: we have around 97% the DNA of a chimpanzee so you'd expect our dietary heritage to be very similar. Indeed our teeth are clearly evolved for eating fruit, nuts and plant matter. They're certainly not designed for tearing raw flesh. Yes, apes sometimes do consume small animals and birds, where they can mostly crunch them whole, but where the higher pranic foods of fruit, nuts and plants are generally available, meat eating tends to be the rarity. When you look at the human colon though, it tends to be shorter, which is more aligned with consuming meat rather than vegetables - essentially it's important that consumed flesh doesn't putrify in the gut, ideally it passes more quickly through it.

With this in mind, why is it that the average 40 year old human will have several pounds of festering, undigested animal protein in the colon? (check out the evidence on mucoid plaque...cleansing away mucoid plaque). For me, as the human veils have fallen away, there's been a near constant pull to higher pranic foods. I now eat mostly a vegan diet. Yet there's a density that my gut seems to crave and I have to find a balance for. I can strongly empathise with evolving people who still want to eat meat. It's almost like there's a different internal side of myself, almost like it has a consciousness of its own. I'd say that's because it does:

There's what I call a 'raptor DNA consciousness' which is felt within the lower abdomen itself.

I've long been a observer of the genetic modification that's clearly happened within the human story. Homo Sapiens emerged extremely quickly from the apes: some changes happening much too fast for natural selection. And we don't seem at all well adapted to a natural way of living that's aligned with the eco-systems of our planet: take away houses, central heating, air conditioning, clothes, transport, cooking, agriculture, supermarkets plus the global food chain (none of which are natural) and the world population would rapidly dwindle, centred around key geographic areas where the higher pranic foods are plentiful throughout the year.

As I've worked to balance the conflicting impulses in my own body, I've had several powerful past life regressions into humanity's origins. It's clear to me, that originally humans were not hunter gatherers at all, but forager gatherers. Just like the apes, we foraged for the food which could be picked from the trees and the earth. In so doing, we consumed of the earth too - particles of dirt which collected in what is now the shriveled appendix, where the vital nutrient B12 was processed into the body. Which is why nowadays, I'm encouraged not to scrub all the dirt from my veg. (check out...The B12 hot potato).

Some argue that the evidence of stone weaponry suggests that we where hunters from early on. But pioneering new work suggests otherwise, that in actual fact homo sapiens was more the hunted, by a wide variety of predators, including wild cats and dogs, hyenas, snakes, crocodiles and even birds of prey. My heart tells me that man, the hunted gatherer, developed weapons more as protection rather than to hunt, but perhaps then went onto eat the slain predators in times of usual diet scarcity.

So how did it all change? In one of my past life regressions, I've experienced being genetically down-graded, from Original Human to Homo Sapiens. It was an extremely painful and terrifying experience. The transition was literally earth shattering. I felt suddenly less than what I originally was: less able to be at-one with my environment, less expanded and connected, less capable and mostly living in fear. In the regressions, I could feel the left and the right sides of the brain being artificially blocked from one another, which to me is why most humans today struggle with the integration of logic and intuition. They tend to lead either with one or the other, not integrated as they were originally designed to be.

And I felt powerful changes in my gut too: a shrinking down feeling, coiling down into a twisted knot. I now feel that knotting affect every time I feel the psychic attack of Opposing Consciousness in the field around me or when I sense entities in other people's fields. My 'gut feeling' is a tell tale signal.

It's clear to me, that early humans were indeed forager gatherers, until seized upon and exploited by an interdimensional consciousness which went onto shape not only humanity, but through us, shape the entire planet also (check out...ET intervention on Planet Earth). Look at the changes that have happened in just a few millennia since the end of the last ice age around 10,000 BC. Practically the whole surface of the world has changed and man-not-so-kind populates a high percentage of it. There's nothing more damaging to the earth's natural eco-systems that our industrial, meat-eating food chain. It's rapidly expanding our population, way out of kilter with the natural order of life and our 'civilised' way of living is gobbling up the natural resources of the earth. Take the veils from your eyes and look all around. Is the evidence not painfully obvious?

For me, finding internal dietary harmony is one of the main driving impulses of my soul, leading to a higher and more aligned evolutionary state, one that's more compassionate toward other sentient life. But how might we align the conflicting inner impulses in the meantime?... 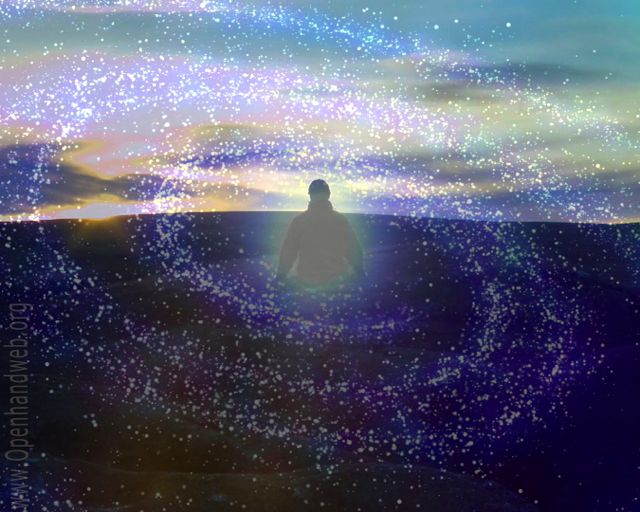 In applying this approach, I've reached a reasonable inner harmony. I find the higher pranic foods help keep my vibration elevated and expanded; at the same time, I pacify the raptor in me. Until we shake off the veils of the Hunted Gatherer and find ourselves taking on the liberated, more aligned and evolved form of Homo Divinicus, it's essential that we try to find a greater spiritual/physical harmony.

Very insightful article.
Explains a lot as to why I still felt drawn to eat animal products, even though I feel repulsed by the way they are treated.
The whole protein and B12 myth is a big one, and it is only until fairly recently that I have come to understand, well firstly it is a load of rubbish that we need to eat animals to get the right protein requirements and secondly that you can only get B12 from eating meat.
Having been mainly Vegan for while now, I have been taking vitamins, particularly to ensure that I get B12. Thanks to your insight, I realise that all that unwashed organic kale from our local market has probably been keeping me topped up all along.
About time these myths get busted.