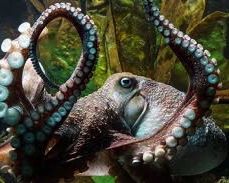 It's great for people to be able to see the world's dwindling wildlife up close. But when it comes to imprisoning sentient creatures in zoos and acquariums, is it really worth the cost to consciousness? How much do creatures suffer when deprived of their natural freedom? How would we like to be imprisoned? Well here's a creature that voted with his tentacles. Inky the Octopus made a daring escape from his acquarium when the lid to his tank was left slightly ajar. He made light of 'foot', skidaddled down a drainage pipe, and back into the expansive freedom of the ocean - right where he belongs. Yihah!

It's a glimmer of light that warmed my heart when I read it. A conscious creature clearly demonstrating what freedom truly means - and what you're prepared to do when deprived of it. No creature deserves to be imprisoned in the way that society does. Here are snippets of the report in the UK's Guardian I found so enthralling...

"In scenes reminiscent of Finding Nemo, Inky – a common New Zealand octopus – made his dash for freedom after the lid of his tank was accidentally left slightly ajar. Staff believe that in the middle of the night, while the aquarium was deserted, Inky clambered to the top of his glass enclosure, down the side of the tank and travelled across the floor of the aquarium. After a daring (for an Octopus) journey of three or four metres, then sensing freedom was at hand, popped into a 50m drainpipe that lead directly to the sea."

Go for it Inky! A member of the Acquarium team said of the daring escape...

"Inky really tested the waters here. I don’t think he was unhappy with us, or lonely, as octopus are solitary creatures."

Yeah right! He just loved being cooped up in that tank, which is why he was so happy to stay! Jesting aside, I think it's important to bring voice to amusing anecdotes like this, because of the deeper message. Humanity has no right to 'lord' it over the animal kingdom. They have a right to their freedom just as we do. 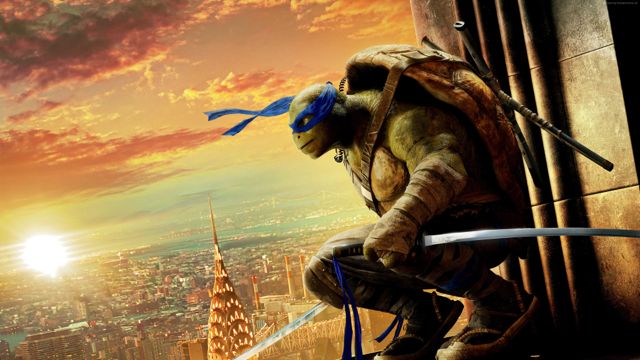 For me the story is also a metaphor for the world's wildlife...

Freedom from this 'fishtank' that society has created is close at hand, you may have to crawl through a bit of a 4D 'drainpipe' first, But freedom in the Ocean of the 5D is beckoning all!

Thanks Inky for speaking so profoundly.

Wow this is great.
The octopus is a spirit animal close to my heart. It makes me laugh to imagine witnessing the scene :)) at just how clever they are.

It is powerful - thanks for sharing.

I loved this story when it appeared on Facebook earlier this week! It is, indeed, a wonderful metaphor for all life here, wild and brave enough to journey with Inky out of our tanks and through the sewers to the ocean of freedom. We had Steve McQueen in the Great Escape. Now we have Inky. Who knew an octopus could be so inspiring?! :)