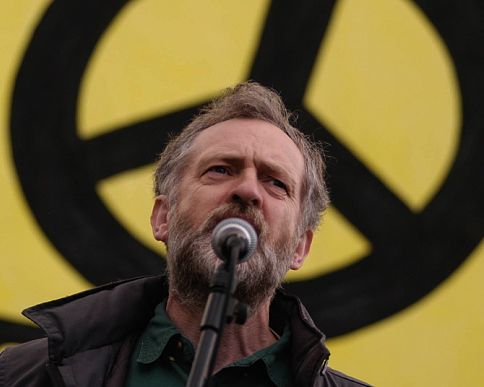 An earthquake has just happened in British Politics, which unleashes a breath of fresh air, that could soon reverberate around the world. A man of the people - Jeremy Corbyn - has been elected leader of the UK's Labour Party. In a world that's been controlled by the Industrial Military Complex, electing leaders favourable mainly to the wealthiest, a system of gross inequity has been created of have and have-not. It's rabid infestation has been rapidly devouring our biosphere through exploitative consumption. Here is a man who campaigns for world peace as opposed to world war; for democratic, all inclusive policy-making; equity and welfare for all. My God, he rides a bike, and doesn't even look like a politician...

The soul of man is yearning to take back personal sovereignty

The collective human consciousness is rising. You can literally feel it bubbling under the surface. The soul of man is confused - in a good way: why are those in leadership so badly letting everyone down? Why is there so much control of inherent freedom? Why do the vast majority have so little, when tiniest minority have so much? Why can't the 'ordinary' man in the street have more of an impact in how his life is managed? The soul of man has been yearning for a long time - for a way to take back personal sovereignty in a world that's being strangled to death by big business.

The very question itself, held in the hearts of the collective majority, greatly influences consciousness, even if that takes time to ripple to the surface. Perhaps now, that rippling effect in the underlying flow, is beginning to breakthrough.

The Labour Party was of course once led by Tony Blair, the multi-millionaire 'socialist' who led Britain into the disastrous Iraq intervention, which has seen the unnecessary deaths of hundreds of thousands of people. No wonder the mainstream tried to ridicule and undermine Jeremy Corbyn, because he has clearly stated, he would support bringing those responsible to justice.

In a way I would also support this. But not to judge or to penalise: to carry the weight of karma that such distorted action creates, is a strong penalty for any soul. And neither is this about projecting blame for past transgressions - that's a lower level of consciousness which confines those judging to the lower densities. Simply bring the darkness out into the light; reveal it for what it is, then evolve past it.

Another refreshing approach by Corbyn is not to campaign by making personal attack, as so many of his adversaries have. Right on Jeremy!

A man of the people who can be trusted? 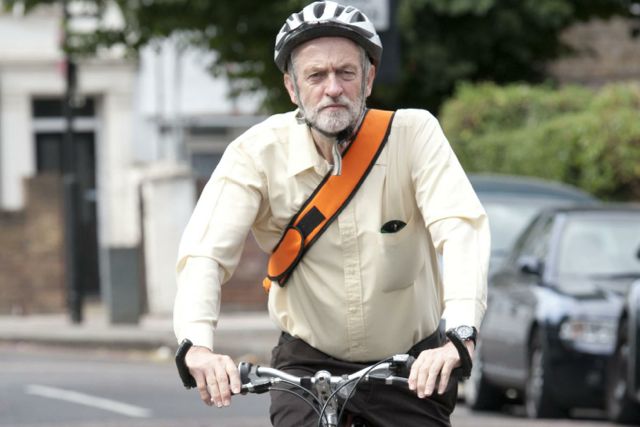 Indeed Corbyn was written off by the mainstream as a 'radical leftie'. He only entered the election at the last possible minute, barely scraping the necessary vote to even enter the contest. But in three short months, he's inspired hundreds of thousands of people, especially the disillusioned young. What do they see in him? - a down to earth man - not a faceless suit - not someone putting on a charade; he's someone they can actually trust and believe in. Now there is a breath of fresh air, in what's been a very politically stagnant world! I did say some months back that the underlying intervention in the field is broken, and that in time, we would begin to witness the surface effects of that. It is hardly imaginable prior to this vital shift, that a man like Corbyn, standing so transparently and openly for the things he does, living and acting with such down-to-earth integrity, could actually even get a look in. My God, things could really be changing!

Things can and will change

I know many of you will have understandably tired of world politics - the unjust and inequitable facade that masquerades as 'democracy', yet lines only the pockets of the wealthiest minority - one that is perpetuated by the mind controlling mass media. Could we be witnessing real change beginning to happen?

I do believe the powers-that-be are beginning to lose it. Society as it is currently configured, needs to break down: the capitalistic inequity and injustice needs to be 'composted' - so that humanity can draw together in more sustaining, supportive and resilient local communities. It's what I've written about in Divinicus as a means to bridge the monumental earth shifts now building for the years ahead.

Finally, some sense is emerging, the compassionate heart of humanity is beginning to break through eons of constrictive control. These are very positive signs indeed. Congratulations Jeremy, "things can and will change" - ride that wave of upsurging humanity for all you're worth dude. Who knows, it could even lead to no.10 Downing Street. Now wouldn't that be a welcome upset for the books.

Mr Corbyn has been a prominent force in the anti-war movement here in UK.
He can, perhaps, make a difference IF he get our/grassroots support.
He has a lot of enemies, including many in his own parliamentary party.

They ( you know whoooo-ooo! ) will of course try to ignore any outcry, as they do.
The louder the outcry, the harder it is to ignore, they must at least respond/acknowledge.
And ... other people hear it too, and their awareness is raised.

A glimmer of light in the political mainstream?

And by the way, this guy has been a vegetarian for nearly 30 years after developing an empathy for pigs on the farm where he worked.

Is it possible there's a glimmer of light in the political mainstream?

This is sooo amazing!
So very good.

I used to live in Islington North where JC has been MP for 30 years and always admired him (and the Islington voters who brought him in every few years or so without fail).
I have seen him at the front of anti-war demos, heard him speak a few times .. he is absolutely gen-up!

People have become, understandably, so disillusioned with sewn-up corrupt modern politics and you often hear it said that 'they are all the same' etc ... but when I heard that I would always think of Mr Corbyn and pause for thought.

He campaigned and voted against the invasion of Iraq in 2003.
He was at head of the 1-2 million strong march just prior to that sickening event.

He has a great depth of experience of the political and parliamentary world.
Not afraid to say his piece.
He will be a formidable opponent of Mr Cameron and co, who actually have someone real, with a prominent platform, to contend with now.
PM questions will actually become interesting.

No wonder the lamestream media are so out to destroy him.
They have ignored him for 30 years.
Laughed at him the last 3 months.
Now he has power to really fight them.

It remains, of course, to be seen how much change he can effect within the system as is, but fo sho he is going to shake it all right-on-up!

The best news in UK politics in my entire life.

As you stated Open I had Given up on Politics because of the obvious but you have pulled me back in and Rejuvenated my Political Interest.

This story is far from my home but I realize we are One and that a breakthrough, anywhere is great news and will ripple through to all of us :) this is great news and altho I am far I will try and follow how this brave, strong centered man goes on his Journey and I feel a strong pull to share this on my FB to let people know closer to home that as you say " Perhaps now, that rippling effect in the underlying flow, is beginning to breakthrough."

The well wishes are great - it's not going to be easy for this guy. Already there's lots of vested mainstream interests working against him. But what's fascinating is how the young respond to him. It's like when the mainstream media attacks him, or slurs him in some way, they actually respond even more positively to him. Because of course, they simply don't truth the mainstream anymore!

Bravery is making a breakthrough

I feel very happy to read this excellent unprescedent change on the political level . I had a hard time for years beleiving changes of this amplitude would take place one day but there it is , Fantastic .
I wish the best to Jeremy for standing up so bravely and trusting in His ( Ours ) power for change . Being is always the best way to change the outer . Well done buddy . Much love
Jean

How heartwarming and encouraging it is to see a courageous and humble man of integrity, who walks his talk, emerge from the radical left field to win the minds and hearts of the people. And especially the disillusioned young, as you point out, Open. May the compassionate heart of humanity continue to rise up!

...someone I could vote for! Thanks for sharing Open. Never thought I'd approve of cloning, but perhaps.....