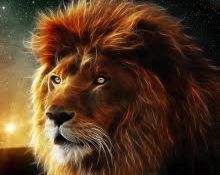 Anyone accustomed to Openhand knows that our approach is to fearlessly embrace the truth, even if that makes us unpopular. Why? Because only the truth can truly set you free. There's so much deception and distortion abound on the planet. We must intuit and feel for ourselves the true landscape and where this is all really heading. For only then, may we become apart of this Great Realignment that's taking place. With that in mind, were you aware that in the last two human generations alone, we have lost over 50% of the planet's wildlife? Staggering isn't it. We are in the sixth mass extinction in no uncertain terms. And when the eco-systems completely go, then we completely go too...

A shift into the Higher Density

In the Openhand View, this is now practically impossible to turn back. No amount of wishful thinking, intentional manifesting or heartfelt healing is going to turn it all around. An unstoppable sequence of events has been set in motion which will ultimately cleanse the 3D earth as life ascends into the higher 5D paradigm. As esoteric as that may sound to some, it's constantly happening in a cosmos teaming with life and continual evolution.

But you can only truly do that of course, you can only dive into the deepend of your own soul's salvation, when you surrender to the bigger movement of life; the natural underlying flow of the universe.

You're constantly hearing in spiritual circles how 'we are the one' and 'that we are eternal' and that we 'exist in multiple dimensions'. Yet there's still great attachment to society and to the world of physicality. Not many people are yet truly testing their beliefs in the crucible of daily living and turning them into pure knowing. But what I hear that irks we most of all, is the frequently quoted view that human activity is not having a detrimental effect on the planet. Really? When you add this staggering wildlife information to the fact that since the industrial revolution over half the planet's tees have also gone, you have to question the sanity of such views. It's time to really wake up!

So today, I invite you to take just 10 or 15 minutes to go into a quiet space, and simply contemplate what it means to know that half the planet's wildlife has died off in just the last two human generations - the last 40 years. How do you really feel about that? How sustainable do you think this current situation on Planet Earth really is?

Here as an overview of the "Living Planet Report 2014", the world's leading, science-based analysis on the health of our planet and the impact of human activity...50% of wildlife gone in last 2 human generations

Hello Alex. Your response to my post was a valuable mirror for me. Thank you!

The energy of competition is not necessarily easily worked out of the mind as it's heavily rooted in the Matrix and rife throughout society. It's one of the most disempowering energies to humans. It is an act of comparison which misrepresents our own abilities. When we compete and compare we do not trust how far we can reach. It is an energy that is rooted in fear - fear of lack, not being worthy, not having enough. Competition is rooted in control. Within control we experience the illusion of feeling safe in knowing where we are going and where we fit in. There is truly no reason to safeguard as our life will occur and unfold naturally.

I resonate with your words "I am where I am on my spiritual path". I pay attention to when I speak these words, is there a vibration present that feels like justification or is there acceptance?

Again, thank you for your post as it allowed me to unravel some very subtle energies of competition and comparison from my field these past few days.

Being spirit in human form

Many people run in fear of contemplating what is surely on humanity's cards Sandra.

But if only they could see the truth in the way you have described, they would see it opening enormous possibility in their day to day life.

Here's the paradox: it is actually the most optimistic and empowered choice one can make: letting go of the need for a physical existential outcome, is to inspire an evolutionary leap - being spirit in human form.

I feel it my mission to convey this possibility to as many as possible - this incredible way to approach life in truth. And it's absolutely wonderful when someone else gets it too.

When I sat with the first question, how do I feel about the current state of our planet and how it has impacted wildlife, an immense sadness arose in me. I feel sadness resulting from the loss of sentient life and as a sensitive soul I have always felt a deep connection to nature. But more so my sadness is associated with the fact that so many people are still living unconsciously within the lower density,that which fuels excess consumption and is void of consideration for all sentient life. It saddens me that people have not awakened to their true divine nature and how it feels to live in collaboration rather than competition. I see this all around me every day. I see it in family members, acquaintances, and within mainstream spirituality. I was once mentored by a spiritual teacher who instilled in her students the belief that we deserve more than enough. This belief is still heavily rooted in mainstream spiritual circles, that the universe is endless and abundant and can provide for us as long as we are open to receiving. Humanity has lost touch with the beauty and perfection of enough. I have met people who speak of being on a spiritual path for most of their life along with living a life of nonconformity. What I often see is someone who has chased mystical experiences and taken many courses, but has given little attention to their relationship with the planet. I grieve the unconscious state of so many humans. I grieve the destruction of a planet that was truly a place of Eden for humanity to live in harmony with all life, and to awaken and return home.

I personally feel we have surpassed the tipping point and moved beyond saving this planet. In order to become sustainable this would mean progressing beyond maintaining a thriving environment. I do not feel we are capable of doing this given the current unconscious state of much of humanity.

I feel immense gratitude for being in a human incarnation at this time. As you say, "there is only self-realization". I know I am here solely to have a spiritual experience masquerading as everyday life. I commit to waking every day and being in the highest relationship possible with myself and everything and everyone around me. I take responsibility knowing that my choices are important, but the energy or motivation that drives my choices is key. I do not live in denial nor do I resign myself to not participating in life. I feel a deep sense of commitment to supporting other evolving souls to awaken from their unconscious dream state.

In reply to Response to Open's powerful questions by Sandra M

Hi Sandra. There's something about your post that really spoke to me. At one level, I totally agree with what you wrote, & I too see the situation on planet Earth in the same way. At another level, I sense that I'm not as far along the spiritual path as you are, if one can measure such things. I say that because I still do many things which I know harm the planet, such as eating dairy & occasionally even meat, but I do not feel ready, able or willing to give those pleasures up yet. It does feel like a paradox to me, but I can only do my best, & I am where I am on my spiritual path.

Hmmmm.... Now I feel I'm getting into justification, & trying to remove or avoid feelings of guilt. Hey, ho, here I go again! Yet more "stuff" to deal with...

Those statistics are astounding and it is just crazy that the majority of people don't even acknowledge that this is happening. I was just imagining the other day about telling grandkids about some of the things we have now that they may never see. So very sad:(