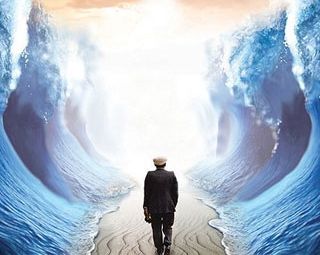 I feel to urge all in the Openhand community along on their path right now. We're in a crucial opening up phase. The underlying matrix is shifting strongly, whilst at the same time, looking darker on the surface. But don't be put off, the shifts are creating openings; many are finding the intervention energies within their own being easier to break down and expel - make hay whilst the sun shines! So waste not a moment, explore into your consciousness deeply; embrace everything that challenges you as a gift to go deeper and unfold more. At this time, I'm reminded of that awesome Interstellar movie that speaks volumes. But I wonder if the key message behind it was truly appreciated? Here's what I see...

Take time for stillness. Purify. Let the signals come through

Benevolence is speaking to us all the time, but so often, the signals are hard to hear in this density - the transmissions get so easily distorted inside the turbulence that exists in most people's fields - those that have been plundered with excito-toxins due to the daily synthetic reality of our dissonant vibrational society.

Take time for stillness. Purify the inner world, especially what you consume and what you infuse your consciousness with. Open an empty space; find contentment with nothingness. Then slowly but surely, you'll find everythingness flows through you!

Don't be put off. Nevertheless, the realigning signals get through. If you can keep picking up on the resonances, then you'll activate more soul consciousness and infuse it.

Look deeply into the Mirror of your Creations

That was one of the key messages for me of the Interstellar film: that everyone is being helped, but you have to pay lots of attention to the messages;

Be patient, work with what is flowing, look into the mirror of what you're creating - what does it say? It'll show you one of three things: (1) your distortion (2) gifts of being that are now ready to activate (3) Right Action for you to take.

Another key message of the film, is being seemingly aligned in a particular direction... "the solution is out there", which sends our intrepid astronauts off into space, seeking a new home, as Earth's 3D resources become over exploited and exhausted. Of course on the path, they discover the future is not 'out there' at all, but 'in here', into the Fifth Density. That's the point, the whole universe is inside of you.

Realignment is happening - seize the day!

There are countless other metaphors that I see, but the real corker, the one that fires my blood and lands an incredible "aha" moment, is the scene where our two explorers are living on the edge of existence, as they work desperately to recover the Endurance Space station as she spins out of control: a metaphor for Gaia, badly damaged of course by "Dr Man" - a coincidence? There's no such thing!

This film was so aligned, its makers were certainly channeling higher consciousness, a message for humanity, knowingly or not.

Take a look at the clip below, what does it tell you? "Dr Man" all but destroys the space station, which has lost it's natural 'orbital', drifting in space - surely a strong representation of the Gaia situation prior to 2012. Her vibration badly damaged, misaligned, disconnected from the higher flow, due to mankind's selfish exploitation (fueled by the Intervention).

Representing a benevolent 'reclaimation', they heroically align with the damaged vessel, 'dock with her', then restore its rapidly degrading orbital. Metaphorically, in reality, it's a representation of bridging Gaia back into the higher aligned flow, by reminding her of that vibration. That's what it takes for any being, no matter how large or small: simply resonate a soulful vibration, that like a tuning fork, reminds the other of their own resonance.

It doesn't end there though. It pays to work with metaphor - it's the sense of things that count, that shift energy. Further on in the sequence, having served its recovery purpose, the stricken space station is released into a black-hole, and is then broken down within it. In my direct knowing, the 4D karmic layer of the Earth will indeed be broken away, and dispatched into the black-hole of the galactic core - this being the usual 'cleansing' of an outdated 4D karmic layer (I get into this in Divinicus).

So keep cleansing through the lower Gateways (physical, emotional and intellectual), expand your consciousness into the 4th Density; let your karma activate and progressively regress into it.

The metaphoric message of benevolence is yet again, all there in a film, in glorious technicolour: "Be inspired on the path. If a challenge is confronting you, go full on into it. You must process it and let it go. This is no time for caution!"

Finally, Openhand's level 3 course "The Transfiguration" begins this week at our centre in Glastonbury. It'll be packed full of transcendent experiences. And we're love for all in the community to be involved in the energy. Come and tune in to the consciousness - let it inspire your own shift, even if you can't be with us physically. Remember, the whole universe is within - so join the rolling journal...Transfiguration 2015 from my heart to yours

As we sit here, watching the changes come by. With the elites fleeting off into the hills. According to Alex Jones that is anyways; a geeza I've not watched for years, or anything related, and yet he just popped up right now in my youtube recomendations box. They've really nailed those algorithms. Big up the programmers that have spent hours bringing such ideas into fruition.
And of the timing at which I recieved an email with a link to this article?
Russia is flexing its muscles, ready to pounce, but I hope that China learns from its errors in Tibet. A 1.3 billion people mobilzed. Hope not, or we might rip apart the Earth. I guess atleast it be a good movie, about awareness looking into awareness. And the Transience of Symmetry.
There is a moment....

I hope it resonates.

bring it back in

Well you have done it once again 'Open' :) reading this article June-19-2015 I was having a conversation with my 19 year old daughter lastnight June-18-2015 and she was telling me how she seems to have 'lost' as she put it her spiritual feeling, she is very much at a very beginning of her discovery phase with all this and I am helping her through with my guidance from 'Openhand'...I said to her to re-align with her inner self, to re-connect with her awareness of every single moment of her day or as much as she can, I encouraged her to be self ware of the present moment and to live mostly from the present moment, speaking with her like this also helps me re-align :)....again thank-you 'Open' for this article as a soft reminder and the importance of continuing on my journey even tho sometimes it is challenging :)