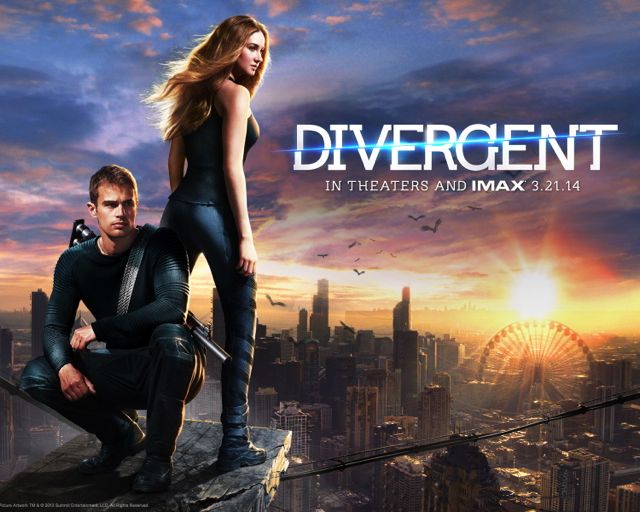 Well the Spiritual Metaphor in the Movies just keeps stacking up. Have you seen the new Divergent film "Insurgent" yet? Like a raft of similar movies in the vein of Hunger Games, it speaks of a deeply divided world, controlled and suppressed, but with courageous souls breaking through and breaking out. The divine is deeply active here on the planet right now, and is using all manner of ways in which to speak. New Media is clearly one of the main channels.

Are you still skeptical about such guidance techniques? Even that there is divine guidance? The Mother Tongue of the Universe is Divine Synchronicity. Humanity is emerging from eons of darkness where everything appears to be separate, events random, and he's supposed to control the outcome with mindful intelligence. How sad!

When we get out of the mind however and into the heart, then consciousness begins to expand into other dimensions where the universe is constantly speaking. Everything has its co-creative flow and purpose. As we witness this, and follow it, life begins to click magically into place.

Especially successful artists in the mainstream seem to have an open channel into higher mind, despite the continued resistance from their bretheren. It is no surprise then that increasingly, more of them are intuiting the deeper meaning of what's actually transpiring across our world and depicting it in their stories....

So we've got to continue to break through resistant skeptical minds, listen more from the heart and the Telepathic Knowing Exchange of Higher Mind. It's only then that we'll fully grasp the big picture.

So what does this latest Divergent parable "Insurgent" have to say?

Firstly, just as with the Hunger Games, we see how humanity has been divided into separate 'factions', such that he could be marginalised and controlled. The factions are compartmentalised around a particular aspect of beingness: "Dauntless" (the brave), "Amity" (the peaceful), "Erudite" (the intelligent), "Abnegation" (the selfless), "Candor" (the honest) and "Factionless" (those not belonging to any faction). I found this aspect fascinating, because it shows how, when we're not being present with all aspects of being, measured in our various characteristics of nature, then how we become distorted and able to be manipulated. 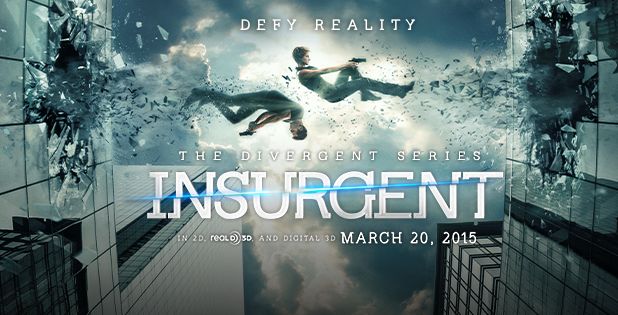 But along then come the "Divergents" - those who fit into none of the factions. Yet here's the fascinating observation that emerges from the plot:

We discover that a Divergent can break the system - the matrix - by being skilled in the qualities of ALL the various traits of the other factions. It demonstrates that by unveiling the full compliment of your beingness, you become an 'insurgent consciousness' to break the old reality down. How cool is that!

Here are 7 qualities of beingness that are enfolded into the soul, which when we can unveil and master, has a powerfully transformative impact on your immediate surroundings and environment... The Soul's Purpose and the Seven Rays

When the star of the show - Tris - manages to access and excel in all these faction qualities within a virtual reality challenge, she unlocks an intriguing box with an ancient secret - a bridge to the founders of reality. They share the purpose of humanity and how to break out beyond the confines of 'his' imprisonment.

Here's the trailer. The movie is dramatised with it's guns, flashes and bangs. It seems society can't get far these days without these apparent 'necessities'. No worries, it's still a powerful message. See if it stirs something in you.

Divergent: The Path Between Worlds

I was thrilled to see Insurgent last night in follow-up to the first instalment, Divergent, and had the full matrix experience with my large 3D glasses on! I was lucky enough to read Open's article and the comments above prior to seeing the film, so I was attentive to all the amazing spiritual metaphors that unfolded. I was so profoundly moved and inspired by Tris's huge heart full of love and her kick-ass courage and commitment to unshackling the downtrodden that I didn't even mind the shoot 'em ups. I was especially moved when Tris was faced with fighting herself during virtual reality testing. As she surrendered and forgave herself, her anger and self-judgment simply melted into Wholeness. During the last scene I was in tears, feeling so much love and gratitude for all the divergent Openhanders who act as beacons, shining the light forwards to the path between worlds -- to the bridge that is really not too far.

My young daughter was ill and pointed at the TV, "want this Daddy". Oh You want a film I asked and she replied yes. She is 21 months old and rarely watches the Box but guided me to a ToyStory short film called The Toy Story that Time Forgot. With her curled in my lap I watched enthralled at the story of humanity nested within a 20 min cartoon. When the Reptillian General suddenly understood his true nature and surrendered to his child, I almost stop breathing.

I am reminded of a Mel Gibson film called Signs. At a crucial point Mel turns to his on-stage brother and tells him that there are 2 groups of people: the first, who think they are alone in the world, would, when threatened with their existence, feel so much fear; the second, who know they are part of the world and could never be alone, see miracles. This group, believe that everything happens for a reason, that all life has purpose.

Ironically Mel is an ex-preacher who has lost his faith and affirms his position in Group One. But the profundity of these messages is lost on group one... and it is such a huge group, that being in group two is like being an outcast.

Just felt the need to share with other people in group two...<3

I haven't seen the first 2 of this series. Would it be advisable to wait and experience them in order?

The title of your last post spoke to me very strongly Trin. During the level 2 I found myself drawn to a neighborhood of abandoned and boarded up track homes. I was lead to a bridge with a stream underneath and on either side of me was the deserted homes. I felt "a bridge between worlds" and it broke me to tears and I was able release something.