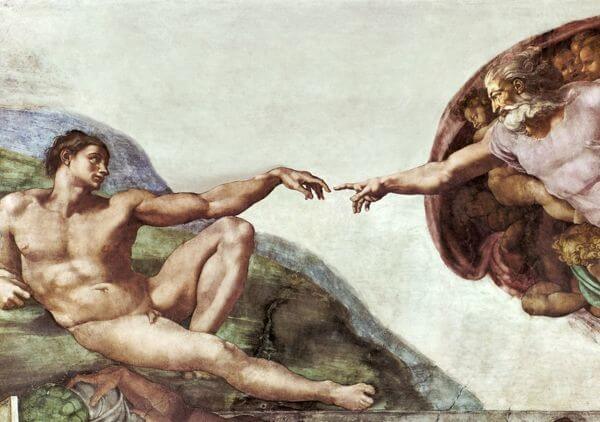 The fact that Homo Sapiens was hybridised is now hitting mainstream science, as incontrovertible proof has been revealed both in human chromosomes and DNA, as shared in the important video below. It's highly synchronistic that it's happening at the time of greater system control and increasingly challenged earth climate. We need to be aware that our ET creators might well be positioned at some point in the near future as our "Gods and Saviours".

I maintain that those responsible for this hybridisation most certainly are not!

I highly recommend you watch this 30 minute video documentary below by the alternative researcher Greg Braden, whose done some superlative investigative science, by piecing together a hidden code in the ancient Hebrew text, the Sefer Yetzirah, and comparing it to recent mainstream scientific discoveries within the human genome.

It clearly shows that the Homo Sapiens DNA was hybridised and then (in the Openhand conclusion), sealed in place by the splicing together of the 2nd and the 3rd chromosomes so as to create a barrier to cross-fertilisation with the Original Human stock species. This represents at least four simultaneous changes that had to happen all at once - a change on both the maternal and paternal chromosome lineages in both a breeding male and female. You can't simply get from 48 chromosomes in homonids to 46 in all humans any other way, considering that there were no step changes between them.

Actually this revelation has been discovered years earlier by other researchers such as the nobel prize winner Francis Crick, who along with partner James Watson, discovered DNA back in the 1950s. The conclusion that it must have been done by a highly advanced ET race, with advanced DNA manipulation skills, was brilliantly expressed by Lloyd Pye in his book Intervention Theory.

Sadly Lloyd passed on in 2013 in mysterious circumstances. It's often the case when someone comes too close to the incovenient truth, which is not the narrative that people are expected to believe. My concern here too, is that as these discoveries hit the mainstream, including the spiritual mainstream, I'm already hearing about how these beings might be our 'saviours'.

An important question to ask is "why splice together the chromosomes at all?" It's an essential question NOT answered in the video. And actually contrary to what's shared, it is NOT what makes us human. The DNA must also have been adapted. As I've explained in the book DIVINICUS, the chromosome splicing was done to create speciation - a barrier to the original species. Why? Becasue as explained in Lloyd's book, some pretty hefty downgrading took place as Homo Sapiens was introduced. Including for example a 50% reduction in muscle and bone strength - no evolutionary advantage whatsover in the landscape some 200,000 years ago. Without the speciation barrier, the weaknesses and programming would have bred out over time with the original stock species.

Why is this important and surfacing right now?

Human consciousness is being manipulated yet again within the virus pandemic. In fact viruses are one way in which DNA is adapted. It's abundantly clear that the pandemic is an invitation for humanity to regain soul sovereignty in the every day choices that we make. It's unconsciousness that has led to this intervention in the first place. By infusing soul in the constant conscious choice, you can actually repel both the consciousness intervention and repair the DNA. This is leading to the emergence of the next evolution of humanity, where the intervention has been stripped out. 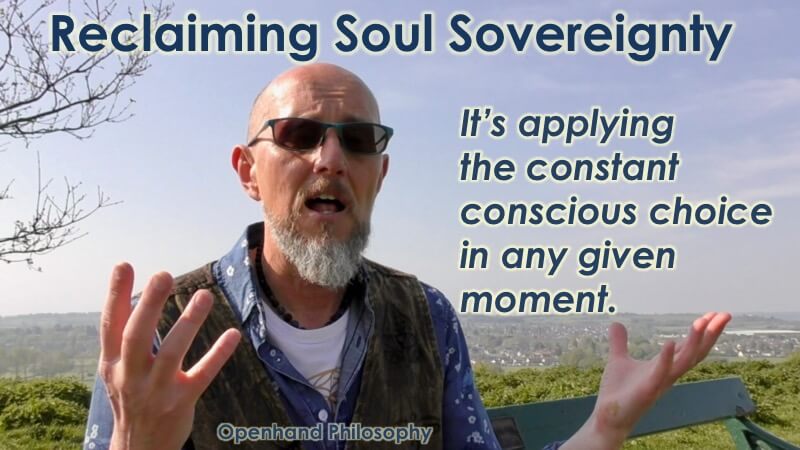 How will the New Evolution of 5D Human DNA take Form?

One feature of the intervention to be highly alert to, is it's approach and ability of influencing narratives at the level of consciousness. So as people get close to the original truth of what actually took place, the intervention tends to infuse that consciousness and subvert it in the direction they wish the narrative to be steered (they've tried on plenty of occasions to subvert the course of Openhand for example). We see it at large today both in the mainstream, but also the spiritual mainstream. It's utterly essential therefore to keep questioning and realising your own truth, considering what's presented and resonating more as a framework for inquiry, rather than an absolute.

To give an example, shared in the video below, right at the end Braden has made a quite brilliant discovery. That when the DNA is decoded in accordance with the ancient Hebrew text, the first line of every strand of human DNA reveals the sentence, "God eternal within the Body". Personally, rather than exciting, I find that quite creepy...

I feel much more comfortable in the feeling that life evolves NOT by "Intelligent Design", but rather condenses naturally into progressive form by the intelligent cohesion of Unity Consciousness, through the Torus, that which binds life together. The "Intelligent Design" part feels to me more like a 'hack', changing the natural flow of creation itself to fit with an egoic agenda.

Saved By the Natural Flow of Life

I do have that as a serious concern in the way the revelation is presented here for that reason. And I have already seen and heard plenty of evidence that these "Intelligent Designers" (the Greys of viruses and 5Jeez et al) will ultimately be positioned as humanity's saviours. There's simply no need. The natural flow of life itself is the greatest saviour of all. Nevertheless, I commend a great piece of investigation.

I feel like I'm in a massive casino where you know the house always wins. So why does anyone use them?

It's so unfulfilling, and frustrating, to imagine that the cards have been stacked against us for thousands of years. How can there be any justice in this intervention.

My natural reaction is to say fk it, all thisl internal work and I still might be going down a blind alley, guided by a parasitic energy. How do I feel...pissed off.

Feeling pissed off about the Intervention? It's a good sign

In reply to The house always wins! by Keith (not verified)

Hi Keith - you're right to be pissed off about the intervention. I would maintain that anyone whose not really gone through that, has not truly touched the depth of depravity to which they've gone in terms of manipulating humanity. I'll often speak in couched terms so as not to insight aggression. But I can tell you I've witnessed people in past life regressions on countless occasions having suffered the most indescribable of things where genetic engineering is concerned. So yes, if you find yourself pissed off, BE pissed off!

Afterwards, know that even through this YOU created it too. And then empower yourself by asking why?

If you honestly inquire within and keep asking. If you go with the sense of rightness you feel within. Then you will strip out the intervention, BUT, you do have to be committed to your sovereignty to do so - in how you express in your beingness and how this translates into the outer. It's the good thing about what's happening in society right now - it ALWAYS was this way! Now we see it. Now we have a choice.

I was the same

In reply to The house always wins! by Keith (not verified)

I feel you, Keith. I'd been feeling this way since 2015 and it was one of the factors that contributed to my suicidal depression. But since several days ago, I've decided to become empowered and said to myself "F*** it all! I'm going to save myself no matter what!" And then I was guided to Openhand where I discovered the most efficient way of unravelling Karma/distortion besides being lifted out of my depression after watching a profound video here.

So it's not all hopeless. We can save ourselves by gaining awareness and quitting this control drama that doesn't serve us. (Btw, the reason why I still haven't killed myself even though I was suicidally depressed for so long was because I feared that if I died unenlightened, my soul will be harvested by the control source and be forced to reborn into this world again or worse, be forever trapped in one of their prisons/labs where I'll eternally suffer from their perverted tortures or experiments. Lol. Now that I think about it, it's ridiculous. Although this fear helped me stay alive until I've reached enough self-realisation to know that I'm sovereign, and for that I'm grateful.)

The truth of our DNA

Hi Open, Exciting that the oddity in human DNA is becoming mainstream but pity that the person behind it is using his version of evidence to fit his beliefs there by making it sound too ridiculous to believe.

Michael Tellinger in Slave Species of the Gods uses the original  information from the Sumerian Tablets which appear to have been written by the Anunnaki themselves and gives a much more precise and original version rather than a biased 3,000  year old rewrite.

He also falls into the ego trap of assuming that only present day man knows anything about technology .

He appears to be trying to make what the facts confirm his beliefs which is not scientific, he has work to do on his ego and his beliefs

Thank you much love

We totally agree that we're all going to have to step up our level of discernment to a whole new level in the coming weeks, months and years as more "layers" are added to the playing field.

We came across this site many years ago and it contains a wealth of knowledge on many subjects but especially OC intervention. Like you, he has a wonderful way of bringing things down and putting it into words which is not an easy task.

Montalk is a great source of aligned info

In reply to Discernment by hmg

I came across Montalk many years ago - I found him right on the button. Good call.

I came across Tom Montalk a couple of months ago (the same time as i discovered Bernhard Guenther). I should have known you would resonate, Open. There's something very similar about your work. After diving into Montalk and Guenthers work, now reading Divinicus again, I suddenly understand what you're saying at a much deeper level. Though you do present the material a bit more gently then these guys. It all connects it seems, it all falls into place. Amazing.

This is such an important part of the lockdown puzzle to pay attention to right now. That Homo Sapiens was hybridised at a DNA level, and here is the scientific proof.

This complete pandemic engagement is all about the reclaimation of Human sovereignty, taken from him, some 200,000 years ago.

Do check the video. It's an important augmentation of one's consciousness landscape.