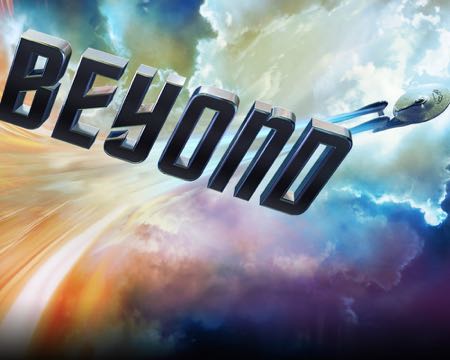 Essentially, the journey here is all about getting into your karma and processing it. That's what brought you here, that's the learning, evolving experience your soul is seeking to grow through. You have to get out of the mind to access your karma. You have to go through the plane of the emotions and beyond the intellect. Then you can expand into the causal body where karma is held. Stories and parable used to be a popular means of touching such source pain and activating it that it may be healed. Now we have the movies. I was particularly touched recently by the latest Star Trek movie, appropriately titled "Beyond". It's certain to me, the writers accessed a fantastical story that may well have some ancient threads of truth...

Natural evolution from the Apes?

Homo Sapiens is a hybrid species. The genetics have been purposefully tampered with many times down the line. The voice box developed practically over night. Changes in muscle structure, bone thickness and brain size all happened in ways that were not simply random, one-step evolutionary changes. And we have a mysterious 223 genes that appear nowhere else in Earth's tree of life.

But the real corker, which to me is undeniable, is how we suddenly went from 48 chromosomes in Original Humans to only 46 in Homo Sapiens, where the second and third chromosomes on both the paternal and maternal lineages have been mysteriously joined. These two miraculous changes had to happen simultaneously in both a breeding male and a female, in the same time and place, for the mutation to propagate throughout the entire human race. The odds of that happening by chance are astronomical - off the scale. Quite a part from the fact that this 'mutation' (actually 4 simultaneous identical mutations) offered no natural evolutionary advantage whatsoever, in fact it is a barrier to successful breeding (I've explained the evidence and full implications of the chromosome mystery in DIVINICUS: rise of the divine human).

So there's strong evidence in our genetics that Homo Sapiens did not naturally evolve through simple step changes from the apes - have you ever stopped to imagine for a moment, that we're so closely related to the apes, and yet the supposed 'natural evolution' of humanity, has caused us to go on to 'civilise' the entire world, stamping our mark across the depth and breadth of the planet with language, technology and culture, and yet in all that time, our closest relatives, with extremely similar genetics, have budged on the evolutionary ladder barely a rung. I find that extremely odd!

Past Life Regression and the Pleiadians

The only viable explanation, that I go on to share in DIVINICUS, is that humanity was purposefully designed to fit within a particular system - one of exploitation and control. The evidence is increasingly undeniable, and people everywhere are carrying the hugely impactful karma of that in their causal bodies. It influences so much of what's going on here right now.

For me, the most powerful evidence for this intervention, way beyond the science, emerges from past life regressions, that in the Openhand work, I witness on practically every course. People are literally carrying the story around with them, it influences their lives, and invites them to evolve beyond.

One of the collective stories that often emerges, is how Pleiadian DNA was originally used benevolently to seed Original Humans - hence the 223 extra terrestrial genes. And that those genes were carried here from the Pleiades on a 'space craft'. Now this is where we have to step out of logical 3D mind just a little! A space craft may be viewed as an energy vessel - a close array of energy - that can travel interdimensionally through space. Effectively you warp space-time.

In 1979, the space probe ‘Voyager’ first arrived at Jupiter. It was only then, that NASA was able to confirm what the psychic, Ingo Swann, had already reported in 1973 - that in a similar way to Saturn: Jupiter also had rings around it. How was Swann able to see the rings around Jupiter? Remote viewing helps you travel rapidly, interdimensionally, anywhere in the Universe. It's a highly effective example of space travel (from DIVINICUS).

But back to the karmic story that's unknowingly effecting humanity. In the Pleiadian story, their space vessel was ambushed, attacked and destroyed as they arrived here by a 'raptor consciousness' that had already made its way here many millions of years previously. It's when I travel to Australia that this story often appears in the karmic regressions (it also features in Aboriginal tribal stories). Many Pleiadian star-souls have congregated down the east coast of Australia, which is where some recall first arriving there, including the sense of being 'ambushed', and then suffering greatly because of the intervention. The story carries much pain with it that needs to be processed.

So that's what stood out for me as I watched the latest Star Trek story. Without spoiling it too much, (you see it in the trailer anyway), the main theme is all about how the Enterprise is ambushed by a very raptor looking race, before then crashing onto a challenging planet, with the crew struggling desperately to survive. Yes, as you'd expect, the story is fantastical, with all the latest computer generated imagery. Yet none the less, to me at least, it's a powerful story that connects emotionally, and calls very much back to those original - human seeding - times. So if you feel drawn to the film, if it somehow resonates in you, then I suggest you stay open to the shifts and the feelings it may activate inside. Like any film you're particularly drawn to, it could well touch karmic threads inside, which then go onto activate repressed source pain, allowing you to heal and integrate through it. Then, just like the crew of the Enterprise, you'll be flying high again in no time!

Thank you! What stands out and shouts to this being is remote viewing, how have I not heard of Indigo Swann?!? Out of curiosity, I started looking into his experience. All I can say is amazing.

Leads to the inquiry and realization of how natural the evolving process is. As I have shared, I have visions or views without efforting, then allowing time and space to collide on it's own accord to reveal whatever comes. Seeing glimpses through the third eye nurtures patience within the experience. Opening for whatever comes without any sense of fear seems fundamental for allowing ascension as the human feet are submerged within the dirt of the earth feeling through the human compass as emotions ripple through challenging the mind to let it all land where it may without needing to classify or dissect to make it "fit" within a pre conditioned set of reference points reinforced generation after generation.

Then leads to the thought, when these phenomena are "researched" within the synthetic matrix, how easily it can become to alter the natural process when expectation is placed upon the outcome which leads to discrediting natural occurrences. Then so many value the discredited versions..Thus reflects the Plaedian intention that went askew by reptilian energy interruptions. How reflective to all, honoring the seemingly good intentions yet having to live within the tumultuous waves of the intended effect.Such a twisted conundrum that is alive on many scales or levels within societies. Shifting (with the reflection from the Openhand retreat) was attention vs intention.

So yes!!! It's happening, going far beyond.

It's a haunting story Open.

It's a haunting story Open.

But like all things universal the darkness just lets us see who we are – 'I’ve got your light inside of me....'

I love this song, so will share here:
https://www.youtube.com/watch?v=HVJeeKSR1dE

Thank you for your well wishes, Open. This Sanskrit Mantra comes to mind:

It's great to hear that the story resonates with you Cathy - do trust it will move the karmic energy it's supposed to.

I'm pulling back from over-extending my "helper" energies except for what speaks deeply to my soul. This article does. I feel a strong resonance with all you say here and am completely comfortable now in recognizing and remembering myself as a Pleiadien star soul and in recognizing others, as well. I'm feeling more and more into conditioned patterns from way back when with regard to OC's ambush of the Pleiadien mission. Yes, I can hear lots wanting to respond by playing the soundtrack of the once popular T.V. show, The Twilight Zone! Suck it up, I say! Don't care how crazy it sounds! Perhaps I'm getting more into Source pain related to feelings of failure and hopelessness at having lost the "battle" with OC. The neural pathways are kicking in. I've been feeling dark despair about truly and finally unplugging from this effed up matrix and making it out alive to 5D. I feel myself slipping back. It feels like I'm not progressing but regressing. I know the 9-step Openhand process. I pray to find the will to follow through. Thanks for this.