Hi Everyone, greetings newbies and old hands. The field called me to have a brief, but meaningful, exploration of authenticity and personal sovereignty at this time. It's fundamental to the Openhand philosophy to encourage and help build these qualities. It's  all about reflecting frequencies of being that people might resonate with, and feeling those for themselves inside. Be aware, that a good reflection is going to do one of two things, and ideally both...

Both of these reflecting activities, when done well, will support the growth of inner peace, plus a feeling of greater liberation and expansion.

Sometimes you might resonate with something very strongly, or be rejected very strongly. But before allowing the 'knee-jerk' reaction to govern activity, there's an invitation to explore internally what is catalysing? For example, if there's a concern about loosing oneself in the approach, and there's a natural desire for personal sovereignty, it would be highly productive to explore why? If there's simply a rejection and pulling away, is that being truly sovereign? The invitation of the Universe is to be you in ALL situations and circumstances.

Sometimes there might be a feeling to project onto the external reflection. By this I mean that blame is cast outwards at the subject for a reaction that is felt inside. What's actually presenting is a golden opportunity - where the external catalyst is working its magic. Rather than projecting at them - or for example Openhand - the invitation is to go inside and find out why? What am I attaching to or reacting to? I now have the possibility to discover something deeper about myself.

On being authentic, and what that truly means, in the Openhand Approach, it's about coming from the inherent frequencies of your soul. This would also include allowing the expression of distorted aspects of yourself to come through, so as to allow the opportunity for greater realignment - you can only realign what you can see!

Here's a video shot on tour, exploring what it means to be truly authentic. Take a peek and then do comment below - I'd be most interested in your authentic feelings & thoughts...

5D Consciousness is making it into the mainstream!

Thanks for sharing the trailer - I find it incredibly inspiring that 5D consciousness, and multi-dimensionality are now edging its way into the mainstream, opening doorways to the imagination. It's only the limiting stories that people have been told, which holds consciousness back. With ever more younger starsouls beginning to activate, I see a future where the floodgates open wide.

So interesting, this conversation of sovereignty. I recently noticed that the film "Wrinkle in Time" is coming out soon in theaters - based on the novel and felt to read the book when I saw it on my daughter's bookshelf. The book is about dimensional travel and being a warrior of light to confront the controlling energy of "IT" which pulls entire realities into it's power by feeding on the need for belonging, comfort and security. I bet the film is going to be a great one!!

Hi Jennaya! I really resonate with your sharings and attempted to post something last night but it wasn't coming together. I feel you though and definitely can relate to loads of what you have shared. Feeling out my energetic boundaries has been a massive help for me as well as allowing the relating experience that stirs up the issues ... I have swung to extremes of extreme vulnerability without any boundaries to closed off to outside reflections in a form of protection. Its been key to engage with the places I lose boundaries or sense of self and reclaim it as Open said. Not really adding anything new here but just thanking you for sharing!! ? Jen

Losing personal sovereignty and reclaiming it

Thanks for being brave and sharing so openly. Bringing awareness to the truth we feel inside is the only real way to heal something. And as we express our feelings out into our environment, if they are touching some degree of truth (including the distortion), then the Universe will reflect back to us. Hence it's very worthwhile doing.

Generally, what you've shared about losing yourself and personal sovereignty, will probably affect many people - perhaps the majority. Why? Because when we look back at human history, including up to the very near term, the majority have been subjected to some kind of religion, spiritual group, or controlling society. Hence the majority will likely be carrying mixed karmic influences from these past lives - you are not alone!

So let's 'unpack' some of what you said, for your benefit and for others tuning in...

I have a fear and corresponding retraction of loosing myself [individuality] in a group/community. 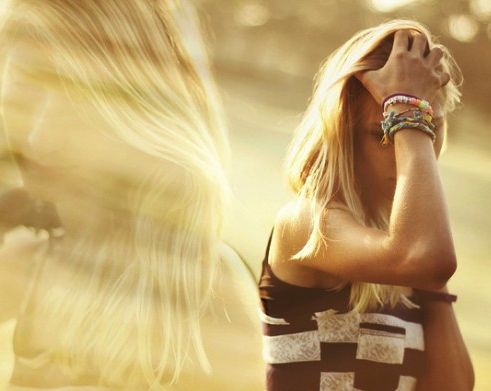 This can happen, yes. Especially if we strongly resonate with a particular group or approach. But as long as the ethos of the group is to reflect back personal power and sovereignty, and doesn't prey on this fear, then I'd say the important thing is to explore the fear. In other words, not to pull away from the conditions that activate it. Because activating it is the key to healing it. Clearly in this case, as I've experienced with you on the courses, it appears to be touching a karmic past life where you were controlled by some kind of "shamanic" group.

Clearly then, the reflection you're getting now, is touching that source pain. For everyone reading, at Openhand we'd generally apply the 9 step process for touching this karma, becoming as one with it, and working through... Openhand 9 step healing process

I think it’s a shame of weakness and allowing oneself to be manipulated, controlled and whatever else followed.
Today I feel caution in my vulnerability aware I am more easily influenced at this time.

In the Openhand approach for dealing with all kinds of blockages, is to recognise that all distortions contain a hidden truth. That's because generally speaking, originally all impulse and action had it's origins (at some time) in a genuine soulful feeling. So a distortion is of the soul's expression. That's why it's important not to simply walk away from the distortion - because that's like 'throwing the baby out with the bathwater'!

The key is to touch the distorting pain and work into it - just as you have been on the gatherings Jennaya. In this case, I'd say it's about feeling what the energetic boundary is for you (this could be just as true in group spiritual work or in a loving partner relation for example). So touch the space where you feel you're loosing yourself, but then make a sovereign - willful - decision not to go beyond the boundary. Thus you define yourself and bring your energies back inside. This won't necessarily be easy though, if you're carrying that karma. So it needs to be constantly worked on, like working a muscle. Then over time, your personal boundaries establish themselves. You get to know where you're going unconscious and then become conscious instead - you're illuminating inner darkness by infusing soul through it.

You then said this...

With the support generally of Openhand and helping to connect with my own essence; I feel a dependency/attachment can develop easily in me.

So where's the truth in the distortion? We are pretty much all social beings. We come from soul family groups too, where there are resonances very close to our own. And these resonances can remind you of your own frequencies within. So it can be highly beneficial to be connected to such a group. And it's the same reason why the Openhand approach works tirelessly to encourage people to be in their own energy, and to work in their own space too. It's why was have no large 'ashram'!! The 'ashram' is this website, which people can tune into as and when they please. So again, the invitation is to connect, but then work on personal boundaries in what may activate.

I then wonder if for my particular configuration/situation the energetic journey need be in undertaken more alone. ‘Though when I have asked this question; I get kinda pulled back into myself and with a feeling that it’s not to do with anything on the outside.

For the reasons explained above, and in the lead article, I think to simply pull away from the conditions that activate the distortion - in this case loss of sovereignty - simply leads to denial. I then have to deal with it in some other guise in some other place. Better to confront it now, allow the distortion to activate but then work in it. Just as your question was titled, I'd say to look for a balance - plenty of solitude and time by yourself, but also tuning into the place where the distortion might activate and working with that.

I think you're doing really great and starting to touch the real karma but bringing awareness into it. I think it will be very healing over time.

He Jennaya, i resonate with…

He Jennaya, i resonate with what you are saying as i used to have similar concerns of being heard/acknowlidged on the forum.  For example, when leaving a comment of some personal and vulnerable nature on the forum, i noticed a dependency on being replied or heard in some way. In the past, I would notice myself checking throughout a day if i received any reply and if nothing came i noticed to become anxious.

It happened on a few occasions but then i stayed with the feeling.  Then i realized that Openhand forum is in itself a great tool or reflection to my own subtle attachments or shadow identities so i let go and it no longer bothers me if i get a reply or a specific kind of reply.  The main thing is to put it out there - make your statement/inquiry.

Having said all of the above, i should add that the forum is alive and most of the time you get some feedback but if not - that means there is a reason (like in my case). Now that i think of it, i think it was only once that i didn't get a feedback but that only helped me see myself better.  So either way, it works.